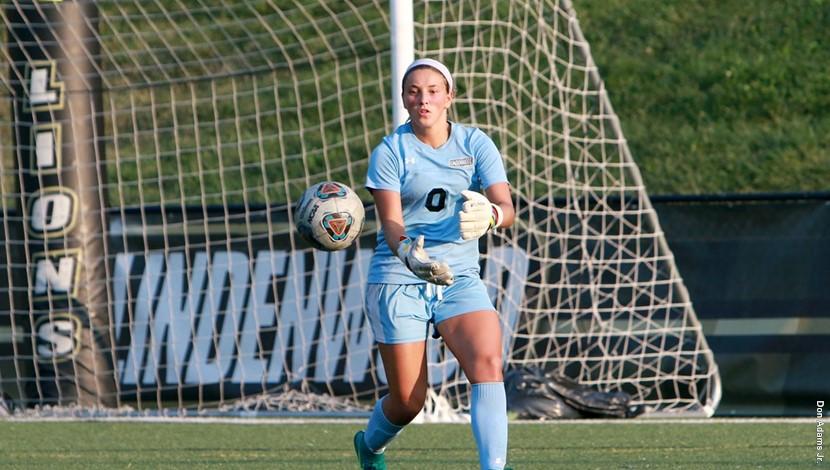 Lindenwood women’s soccer fell to No. 1-ranked University of Central Missouri on Friday night by a 3-0 score in Harlen C. Hunter Stadium.

The Lions had a hot start with three early shots, but the Jennies eventually took over.

After a Becky Roberts shot went wide for Lindenwood in the 26th minute, just two minutes later the Jennies would put a shot past goalkeeper Mary McGilvray to put them up by one. That’s how the first half would end, 1-0.

UCM came out of the halftime break with three early shots, and all that pressure would lead to another goal. In the 57th minute, the Jennies put another one on the board to give them a 2-0 cushion.

They would add another two minutes later, to extend the lead to 3-0.

The Lions were outshot 24-6 in the game. McGilvray finished with eight saves in the contest. Morgan Weller had two shots in the game including one on goal.

The Jennies keep their undefeated season alive moving to 17-0-0 on the season; meanwhile, Lindenwood fell to 5-11-1 overall and now has a 2-7-1 record in the MIAA.

The Lions will wrap up the regular season on Sunday with a road matchup against Northwest Missouri State University in Maryville at 12:30 p.m.