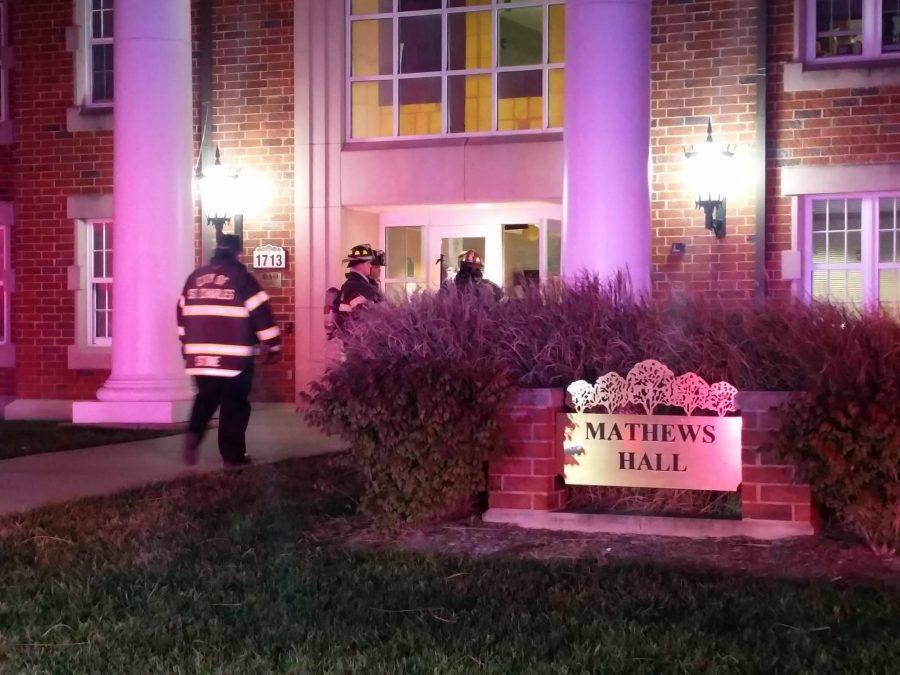 A fire alarm was triggered after someone set off a fire extinguisher in Mathews Hall early Saturday morning.
Photo by Moses Milan

Firefighters responded to a fire alarm in Mathews Hall for the second time in two days early Sunday.

It is unclear what caused the alarm to go off shortly after midnight.

Director of Public Safety & Security John Bowman said in an email Saturday that he had no other details. He couldn’t be reached immediately for comment on Sunday

This is a breaking news story; check back for updates.