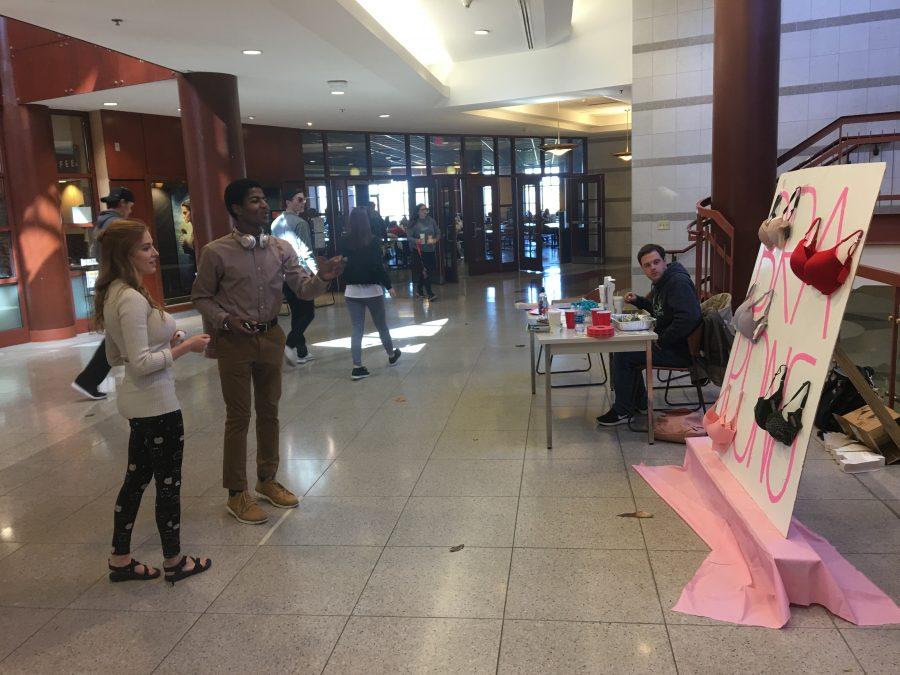 October is Breast Cancer Awareness Month, and Delta Zeta and Delta Tau Delta partnered up to raise funds for breast cancer research with the game bra pong in Spellmann Center on Oct. 25-27.

Bra pong is like beer pong with a spin. First, members of the sorority and fraternity attached several different colorful bras — in larger sizes such as C’s, D’s, DD’s and DDD’s — to a board. Then students got three tries to throw a Ping-Pong ball into one of the bra cups. Those who succeeded got a raffle ticket to win a $50 Amazon gift card.

“Everyone seemed to have a lot of fun, and we received requests to make this an annual event,” Basler said.