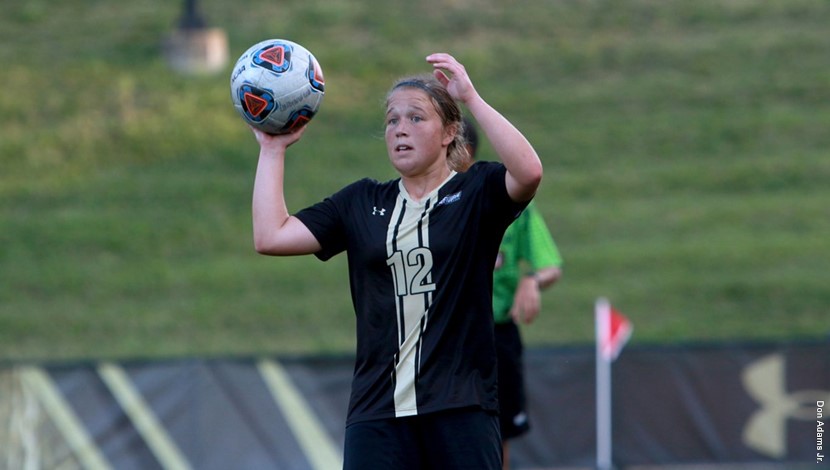 Senior Forward Kristin Brewer looks for someone to throw to during a game this season. Lindenwood fell 2-1 Sunday.
Photo by Lindenwood Athletics

The first half was led by goalkeeper Mary McGilvray as she had seven saves in the first 45 minutes of the game. She would tie her career-high with 12 saves in the contest.

There were a few chances by each team throughout the first half of play including a shot by Becky Roberts that went wide in the 40th minute.

Each team came out strong after the break as the Lions had their best stretch of the game as Alyssa Houck had her header go high over the goal off a corner kick in the 53rd minute.

Just four minutes later Jordan Wipke sent a ball toward the goal that hit the crossbar.

After all the pressure from Lindenwood, the Bearcats would settle down and get the first goal of the game in the 72nd minute.

Just four minutes later Northwest Missouri would get another goal to give them a 2-0 lead.

The Lions made one last push in the 86th minute, Becky Roberts sent a ball through the left side of the box and Morgan Weller put it into the top right corner to bring the Lions to within 1.

That would be all the Lions would get as the game would end in a 2-1 score.