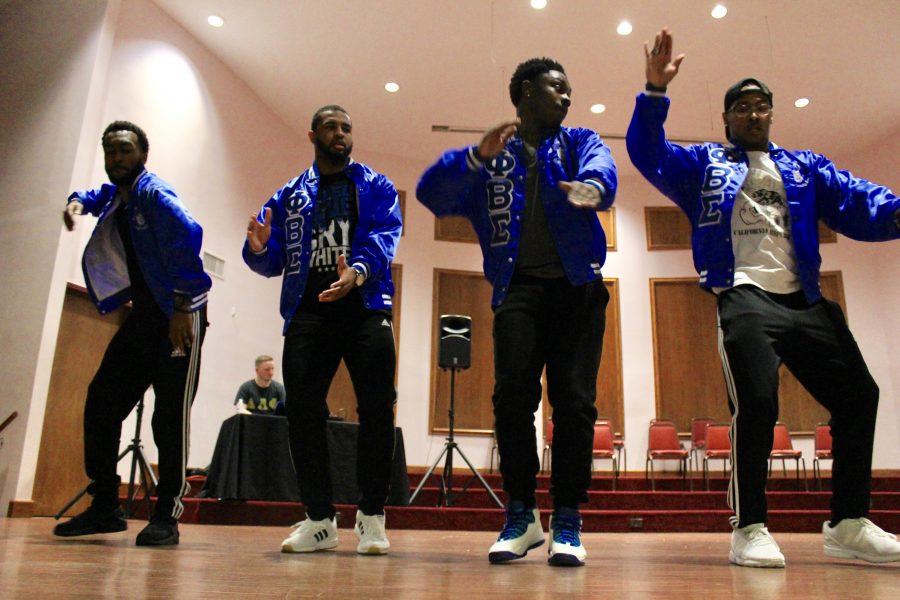 A new fraternity is planning to make a debut this spring. If it forms, it will be the first African American fraternity to come to campus.

As of right now, two active students are in the city-wide Phi Beta Sigma chapter at Lindenwood, senior Ira Hughes and sophomore Mike Meyers. Hughes wants to make it open for any male students to reach out, regardless of their ethnicity.

Hughes transferred from Earlham College in Indiana after his sophomore year there. One of his motivations for joining a NPHC fraternity is because he said there was no Black Greek presence at Earlham.

Currently, there are no African American Greek organizations at Lindenwood but there is an active Alpha Eta City wide chapter, making it possible for multiple schools in the St. Louis area like for instance Harris-Stowe State University, University of Missouri – St. Louis, Washington University, Lindenwood to become members.

If the fraternity meets all the requirements, Hughes would be one of the founders of Phi Beta Sigma on Lindenwood campus.

“I’m so ecstatic, we would be making history,” Hughes said. “Plus we would be opening the gates for other NPHC [National Pan-Hellenic Council] organizations.”

Phi Beta Sigma was founded on Howard University in 1914 by three founders. The fraternity was built on the principles of brotherhood, scholarship and service said Saint Rice Jr., Lindenwood assistant professor of criminal justice and Phi Beta Sigma member.

“Other than Black Student Union, there are no real Black organizations on the yard,” Rice said.

Rice was a first generation college student and didn’t know anything about Greek life coming into college. Rice became a member of Phi Beta Sigma in 1991 at Southeast Missouri State after he saw they were “movers and shakers.”

Last year the Sigmas tried to bring their chapter to campus, but there were many difficulties in the process.

Rice said when it came to the time to pay the selected amount, not every student was able to pay the amount. Also Phi Beta Sigma is not the most popular fraternity out of the five historically founded African American fraternities, the Alpha’s, the Kappas, the Que’s and the Iotas, that may catch male students eyes, Rice said.

Hughes said they have been reaching out to students through flyers, word of mouth and interacting with male students at Lindenwood events.