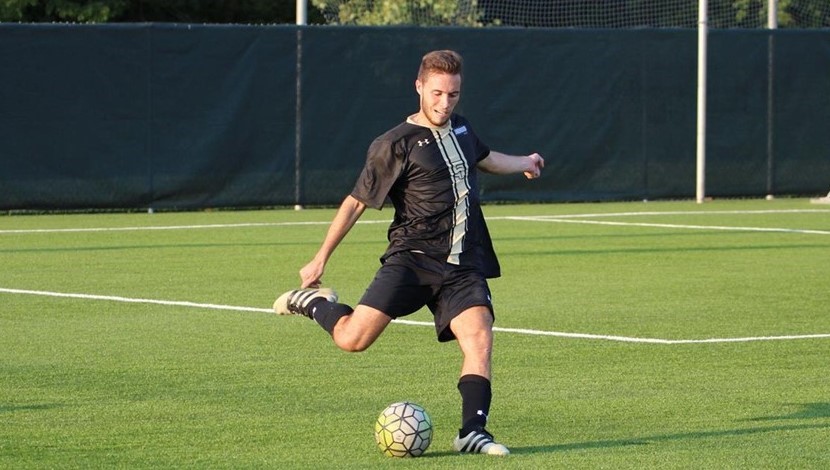 Gaspar Alvarez, No. 5, strikes the ball in a 4-2 loss to Harding University back on Oct. 20.
Photo by Lindenwood Athletics.

After the game was scoreless for 75 minutes, Fort Hays State got on the board from a 30-yard strike from midfielder Luis Mendez. He got one past Lions goalie Aleksa Nenadic. This was the second goal on the season for Mendez.

The Lions were outshot by the Tigers 10 to seven with each team having four shots on target, according to Lindenwood Athletics.

Lindenwood had 10 corner kicks in the game while Fort Hays State only had four.

Nenadic had three saves on the afternoon while facing 10 shots.

With this loss, the Lions are now 8-7 on the season and are 3-3 in the MIAA conference. They are no longer in contention for the MIAA title, while Fort Hays State clinches at least a share of the MIAA title depending how Northeastern State finishes the season.

The Lions have two games remaining on their schedule, and their next game will be against conference opponent Southwest Baptist University on at 1 p.m. on Nov. 3 in Harlen C. Hunter Stadium.