Opinion: Take a break from politics this Halloween 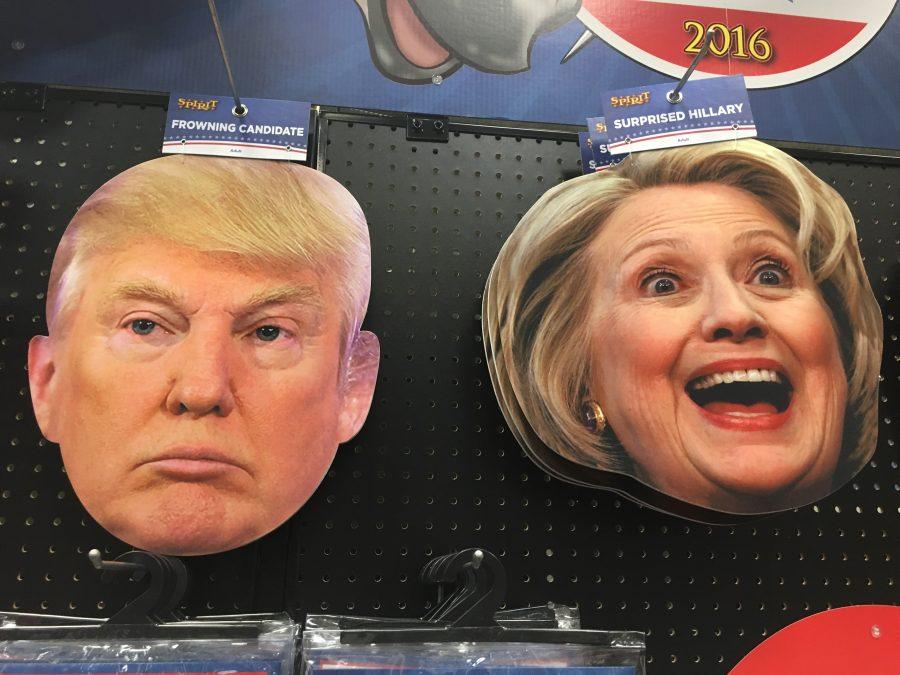 No matter your political stance, there are Halloween costumes to express your views. However, that doesn't mean you should.
Photo from flickr.com

If you walk down the Halloween aisle at Party City or Wal-Mart, there are things you would expect to see like candy, children’s costumes and plastic pumpkins for candy collection.

What you don’t expect to see in the Halloween aisle is politics.

The political climate of our country has infiltrated every aspect of our culture. So much so that it has made its way into Halloween festivities, which are often reserved for children.

We are propagandizing Halloween.

Masks of politicians like Donald Trump and Barack Obama can be found online for as little as $3.50.

Have a pantsuit, heels and a $3.50 Hillary Clinton mask? You’re set to make your political alliances known.

Have an orange jumpsuit, tennis shoes and a $3.50 Hillary Clinton mask? You’re also set to make your political alliances known.

There are even do-it-yourself tutorials for costumes to emulate things like fake news, birth control and snowflakes, all of which are politically charged.

Look at the #birthcontrol suit I made for #burlesque show tonight (proceeds go to @WHOohio for #bowl17)! #fundabortionbuildpower pic.twitter.com/FjCPmC2jzx

Whether you do or don’t like a politician or political agenda, you can make it known.

Data gathered by the National Retail Federation shows that 1.5 million adults in the United States are planning to dress politically this Halloween.

This segment of Halloween costumes have become so popular, they have have been given a name.

According to Elite Daily, “A protest costume makes a statement about society, politics, social issues — really, anything you’d show up and protest about. The idea is to engage others in dialogue, express your views, and make people think about an issue in a new way.”

As Americans, we have an undeniable right to speak freely and express our views. A right we must take advantage of, and fight for, at all costs.

However, doing so on Halloween is unnecessary.

Take the day off from politics.