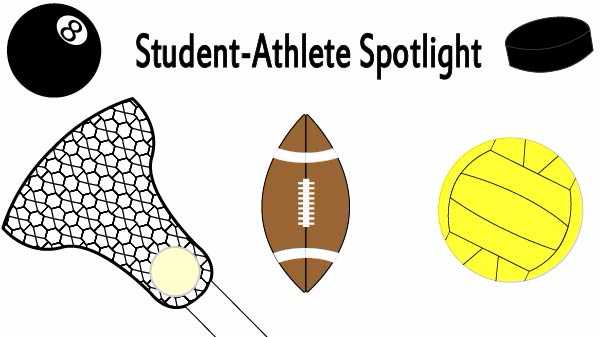 Q: When did you start playing sports competitively”

A:  “I’ve been playing competitive hockey for about eight years. I also played football and baseball when I was younger until I quit to pursue roller hockey fully.”

Q: What was the greatest moment of your sports career so far?

A:  “My greatest moment of my career so far was winning the State Wars roller hockey tournament representing team New York. It was the best moment because we have been trying to win that tournament for year. Also what made it so sweet was how everyone doubted us and said we couldn’t do it.”

DellaMorte tip in from Watson! pic.twitter.com/jAE6dijZEY

Q: What are your game-day routines/superstitions?

A: “I have to put all my gear on in the exact same order before every game and also have to eat a pack of blue raspberry extreme airheads. I’m extremely superstitious so I have to always perform my rituals.”

Q: What is your sports fantasy?

A: “My sports fantasy is to win championship rings with Lindenwood. That’s the ultimate goal and I feel we have the team to do it.”

Q: Who is your favorite athlete?

A: “My favorite athlete is Kris Letang.”