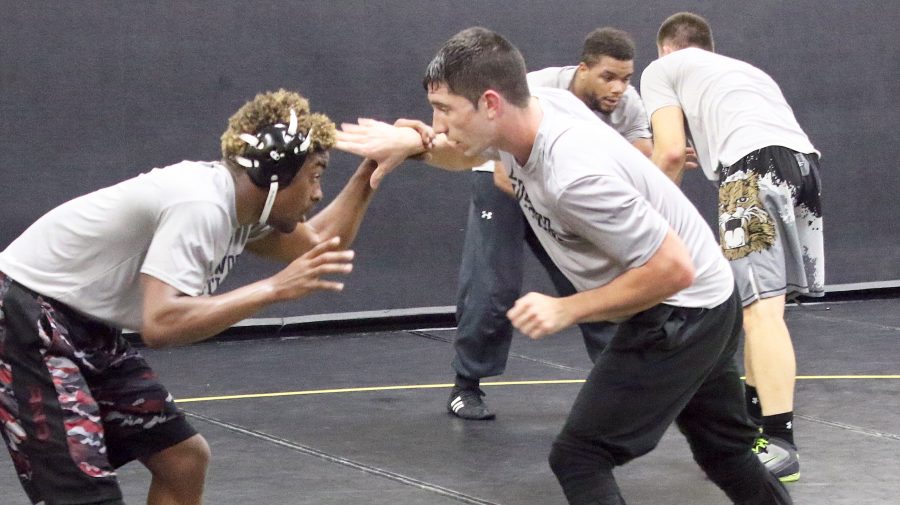 The Lindenwood wrestling team will begin its season on Nov. 11 when it competes in the Maryville Kaufman-Brand Open at Westminster High School in St. Louis.

The Lions have eight out of 10 starters returning this season, including Kyle Jolas, who has qualified for the NCAA Division II National Championships twice in his collegiate career.

After a record of 22-7 in the 125 weight class as a freshman, Carlos Jacquez is eager to return to the mat.

“I believe this team has a lot of potential to do something big this year, and I’m really looking forward to see how all of the work we put transitions to the mat,” he said.

Head Coach Jimmy Rollins is in his seventh year with the Lindenwood program and is going into his second year as the head coach.

In his first season, Rollins led the Lions to a record of 7-5 and a 3-2 record in the MIAA conference.

“We had an OK year,” Rollins said. “I don’t want to say we had a good one, because I think our expectations with this program are always high.”

The Lions were picked fourth in the Preseason MIAA Wrestling Coaches Poll, but Rollins believes the program can do better.

“Our team has some firepower in our lineup with five guys ranked in the top 12 in the country,” Rollins said. “So if these guys climb those rankings a little bit and we get them to move on up, I can see some great things for our program.”

Lindenwood will have its first home match at 9 a.m. on Nov. 18 in the Robert F. Hyland Arena.