Opinion: Obscure animals can be the best pets 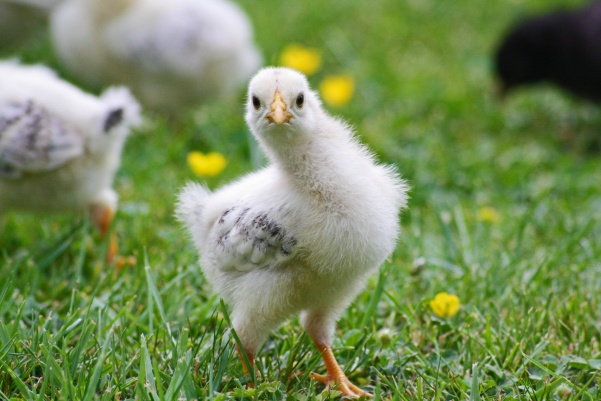 Contrary to what many people think, chickens make great pets, just like many other less-thought-of animals.
Photo from pexels.com

When most people think about getting a pet, they go for a dog or a cat. However, there are a multitude of animals that make great pets as well.

I started raising 12 chickens in June of this year, and it has been one of the best things I have ever done. Chickens are so cool; they’re like miniature dinosaurs without being wiped out by mass extinction.

They follow you around, they come and greet you when you get home, they let you pet them, they’re amazing. People think chickens are just dumb birds wandering around without a cause, but that couldn’t be further from the truth.

Chickens can learn patterns, they know it’s snack time when I shake their bag of meal worms. They know people; whenever I introduce someone new to them they get all nervous because they’re not used to them. They put themselves to bed by going in their coop when the sun goes down.

Chickens are more capable than some humans I know. There is pain that comes with raising chickens, though.

Since June I’ve now lost two of my roosters. First it was Walter, my Welsummer, whom I had raised from a chick. After I lost Walter, I got two new roosters at a swap meet: Fabio, my Golden Polish, and also Puff, my Silkie.

I got them to help restore the balance in my flock. Hens do much better when there is a rooster around to help keep the pecking order in check and also to help protect the hens from predators.

Sadly, about a week ago, Puff disappeared. It was the same situation with Walter, and all signs point to a coyote taking them.

It can be hard to lose a chicken, especially when you don’t see it happen, but that’s the risk you take when you raise chickens free-range. Luckily the girls still have Fabio around to keep an eye on them, and I’m going to start taking steps to protect them better while they’re out grazing.

Just like with anything else you do in life, raising chickens has its ups and downs, and more often than not, the ups outweigh the downs.

If you’re looking into getting a pet, consider your options before settling for a dog, cat or goldfish. There just might be another option, like chickens, that fit your personality better.