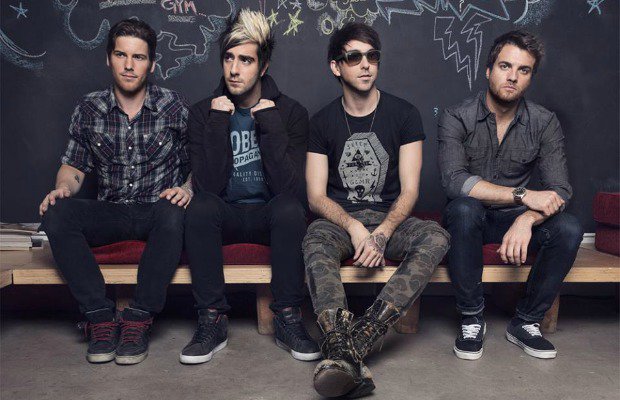 All Time Low released the video for "Good Times" off of their newest record, "Last Young Renegade" on Nov. 1. The video includes people from all walks of life.
Photo from Alternative Press

The video takes a look at some subjects that some may consider controversial, such as equality, interracial relationships and religion.

“Good Times” is a song that is about keeping the happier memories alive in one’s heart even though things may have changed or one has moved on. The video itself succeeds at including people from all walks of life.

In the video, there are many scenes that many in the comments section of the video on YouTube have said “brought tears to their eyes,” like the scene that features a young teenage girl wearing a hijab walking home from school. As she is walking, a truck that has the Confederate flag on the back of it drives by and some boys throw eggs at her.

Another scene takes a look at a group of teenagers playing spin the bottle, in which two boys kiss each other. The boy’s parents are not happy with him and can be seen giving him a Bible later on in the music video.

[perfectpullquote align=”right” cite=”Madyson Mahan” link=”” color=”” class=”” size=”20″]I think the video is raw. It really hits home to me and it made me cry watching the girl get hit with the eggs. It’s sad to think that there are still people in this world like that.[/perfectpullquote]

The video moves to another scene of two teenagers sitting in a car in a driveway. They are an interracial couple and the girl’s father sees them kiss right before she gets out of the car. Her father can be seen yelling at her and pointing at the house, indicating for her to go inside as the camera moves back to the boy in the car.

The video moves back and forth between negative scenes, like the young girl who is getting eggs thrown at her, the boy’s parents yelling at him and the father yelling at his daughter, to more happy scenes like the boy kissing his crush during spin the bottle, the girl hanging out with her boyfriend by the pool, and the young girl who got eggs thrown at her playing soccer with her friends.

Towards the end, all of the teenagers who were shown in different scenes are shown all together taking a group picture before a dance. They can be seen laughing and smiling as their picture is taken.

“I think the video is raw,” said Madyson Mahan, an All Time Low fan. “It really hits home to me and it made me cry watching the girl get hit with the eggs. It’s sad to think that there are still people in this world like that,”

Seeing both negative and positive scenes ties together the idea of never forgetting the happier times even though the world may be a different place. What really made the video stand out from anything that All Time Low has ever done was the inclusivness, showing different challenges that people may face.

Bringing awareness to subjects that are most talked about in the world can cause mixed emotions, but the way that All Time Low strives to include all kinds of people is what gives the video such an emotional touch.

Check out the video for “Good Times” below.