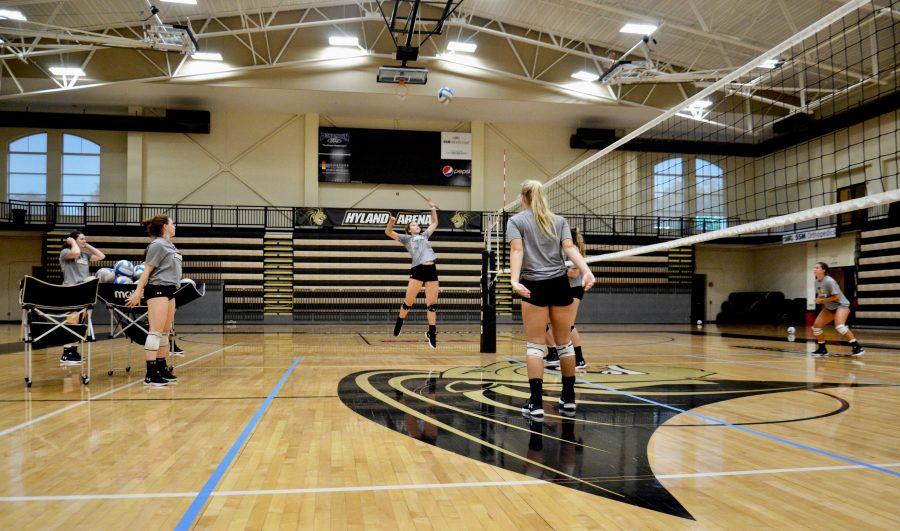 The pair of victories means that Lindenwood has now secured its first-ever MIAA tournament berth.

Bailey Dvorak was effective for the Lions on offense against Washburn. The junior was dominant on her way to posting a .222 hitting percentage. Dvorak joined teammates Emily Wylie and Alex Dahlstrom with 13 kills in the match.

On Sunday, sophomore Haley Sigel guided the Lions to victory. The sophomore recorded 13 kills whilst hitting an efficient .455. Sigel led the Lions in both categories.

Head coach Will Condon has guided the Lions to a historic season in his first year in charge. Condon joined the Lions from Armstrong State this year.

The Lions have now recorded their most successful year in NCAA history as they eclipsed their previous best 15 wins in 2012 and 2015.

Emily Wylie could be the next to add to the record book for the Lions as she continues to hunt down Kayla Guyot’s Lindenwood NCAA kill record of 318. Wylie currently has 299 kills on the season and has two games to get the remaining 19 kills she needs.

Senior Megan Hellwege credited the Lions ability to stay aggressive throughout the match.

“Although it wasn’t good volleyball at times, we competed and found ways to put the ball down,” Hellwege said. “We kept plays alive and made the other teams work. It was fun to compete and play hard.”