Opinion: “Free” laundry not worth the cost 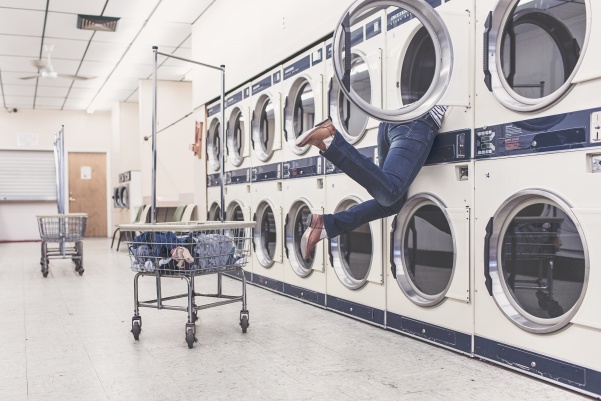 Although a few different methods for paying for laundry on campus have been proposed, none truly benefit students any more than the current system.
Photo from pexels.com

Recently, there has been discussion at Lindenwood about the state of campus laundry facilities. Some residents face problems such as smelly laundry rooms with poorly functioning machines. Also, many old dorms have no washing facilities, so their residents must take their clothes to Evans or elsewhere.

It is true that the issues with our laundry system should be solved. However, I remain unconvinced that the popular proposal of including the cost of laundry in our housing fee instead of paying for it directly as we do now would do anything to improve the cost or quality of laundry. The need to improve our laundry facilities is no reason to switch to a new system of payment which would unfairly disadvantage those who wash fewer clothes.

Though many students want “free” laundry, the option the administration seems to favor is paying for it with student IDs similar to how meal plans are now.

One problem with the laundry facilities is that the incompetent card scanners can’t scan a card half the time. Maybe having laundry paid for using a student ID would solve this problem. It’s also possible that it wouldn’t. Students have complained about the ID scanners used to enter their halls, so it’s uncertain that ID scanners would necessarily work better than magnetic card readers.

Even if it did make scanning the card easier, paying for our laundry in a different way wouldn’t solve any of the other problems plaguing our laundry system.

[perfectpullquote align=”left” cite=”” link=”” color=”” class=”” size=””]And what reason do we have to believe it would cost less for the average student? Would complimentary laundry be worth it if at the end of the day, it cost more that it does now?[/perfectpullquote]

Not only that, but it is likely that a prepaid “laundry plan” would suffer from all the same issues as meal plans, such as rigged prices and other drawbacks. Why is it more convenient for us to decide how many loads we will pay for at the beginning of each semester rather than as we go along?

And what reason do we have to believe it would cost less for the average student? Would complimentary laundry be worth it if at the end of the day, it cost more that it does now?

Whether we pay for our laundry with a laundry plan, through our housing fee, or each time we wash or dry a load, it obviously won’t make the cost disappear. If someone has to run their clothes twice because the machines don’t work well, that would still get figured into the cost.

The difference is that under the current system, everyone gets what they pay for, whereas free laundry would be unfair to students who use the machines less. No matter what scheme we implement, there will always be people who choose to do their laundry off campus, as an excuse to see their family, because they live near campus and would rather do it at home or for whatever reason.

Some support free laundry to encourage these people stay on campus to boost attendance for weekend events. But at a school with many commuters like Lindenwood, there will always be some days with fewer students on campus, and there’s nothing that messing with the way we pay to wash and dry our clothes can do about it.

If we want to get more people to do laundry on campus, we should do it by making the laundry facilities more convenient, not by forcing them to pay for laundry whether they want to or not.