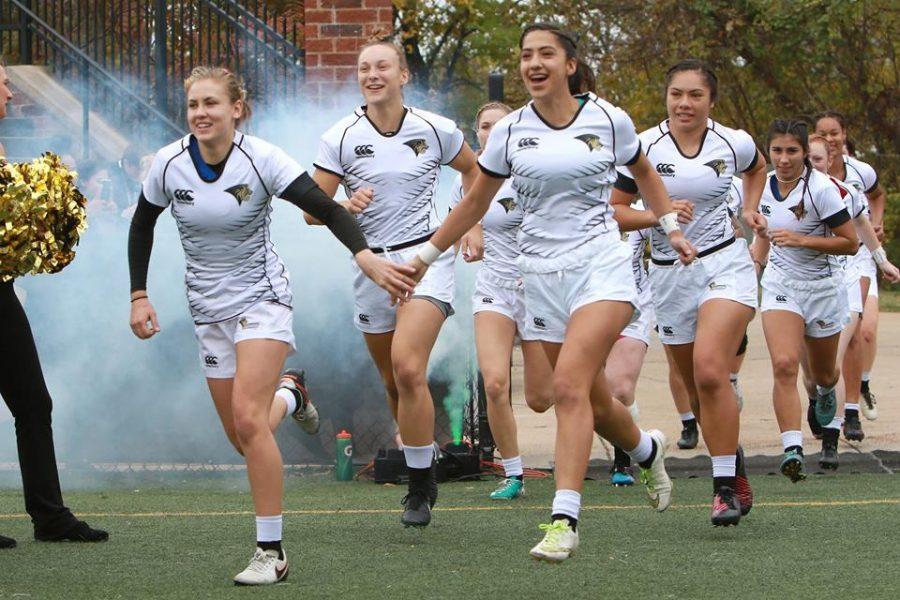 Sophomore Teresa Bueso-Gomez, opened the flood gates for the Lions with a try in the first 20 seconds. The Lions managed to score 14 more tries over the course of the game.

The Lindenwood forwards were dominant and imposed their will over a much smaller Notre Dame College side. In addition to their physical dominance, the forwards passing and interplay proved to be key for the Lions.

Bueso-Gomez and Caring De Freitas led the scoring for the Lions with three tries each.

Mackenzie Hawkins and Natalie Grey converted 11 of the 15 tries the Lions scored.

The Lions will return to action in Little Rock, Arkansas, when they compete in the Ozark 15’s Rugby Tournament from Nov. 10-12.

“It’s always exciting to play at home,” Nicholas said. “I was proud of the team and their efforts this weekend. We stuck to our structure on attack and defense and it paid off. It was great to see the depth of our 23 to see everyone contribute to the win.”