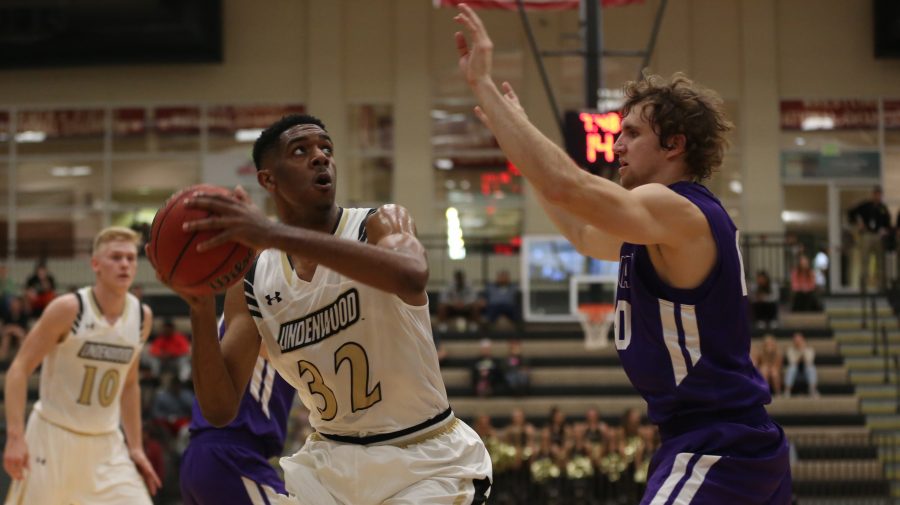 Lindenwood men’s basketball will open up regular season play in the Wisconsin Dells as it will take place in the Mid-America Intercollegiate Athletics Association/Northern Sun Intercollegiate Conference Classic. This is the second year in a row the Lions will be playing in the MIAA/NSIC classic.

The Lions had one exhibition game this year, and it was against Division I opponent Marquette University. The Lions fell 81-79, but had an opportunity to win the game at the buzzer. In that game, Brad Newman led the team in points with 19. Lindenwood returned four of their five starters, including guard Jackson Price, forward Dominique Dobbs, forward Chandler Diekvoss and guard Adam Pohlman.

Lindenwood’s first regular season game of the year will be against Bemidji State University. Last year when Lindenwood faced off against the Beavers, they held them to just 44 points in a 62-44 win. In that game Dobbs led the way with 19 points and 11 rebounds, his first of nine double-doubles last season.

Bemidji State ended up finishing the year 10-18, according to Bemidji State Athletics. The Beavers did not play in an exhibition game this year, just closed scrimmages. The game time will be 5:30 p.m. on Nov. 10 at JustAGame field house.

In the second matchup of the weekend, Lindenwood will take on another NSIC school, University of Minnesota Duluth. In 2016 these two teams met up and Lindenwood got the win 78-72. Leading the way for the Lions was Brenon Larson-Gulsvig, who had 22 points, a career high.

The Bulldogs concluded the 2016-17 season going 4-25, according to Minnesota Duluth Athletics. Minnesota Duluth did play in an exhibition game on Nov. 4 against Wisconsin-River Falls and lost 61-60 off of a game-winning free throw with two seconds left. Tip-off is at 3 p.m. on Nov. 11 at JustAGame field house.

In the 2016-17 season the Lions won over 20 games for the first time in a single season since joining the NCAA.

At the conclusion of this weekend, Lindenwood will be on the road again as the team travels to Kirksville to take on Truman State University at 7 p.m. on Nov. 15.