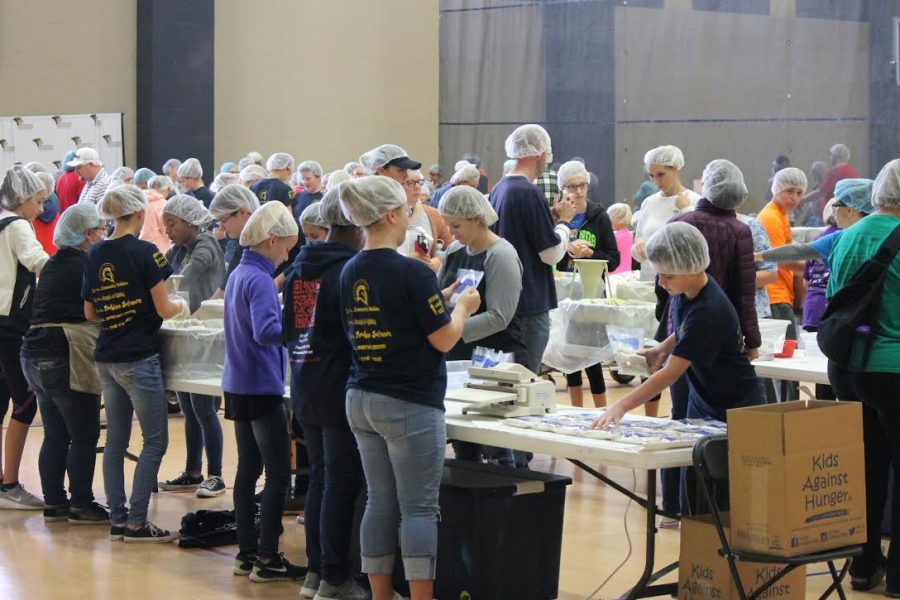 A large part of university pitches is philanthropy and volunteer work, and although Lindenwood doesn’t often flaunt large, campus-wide efforts, the nonprofit program makes sure all hands are on deck in the community.

Lindenwood’s ties to volunteer events may not be directly visible like some schools, but when it comes to producing leaders in the world of philanthropy, Lindenwood stands with few others.

“We’re actually one of the few schools with a nonprofit major,” said Julie Turner of the nonprofit administration program.

Turner also stresses that the focus is not only the voluntary aspect, but the technical, behind-the-scenes facet of charity work such as volunteer management and grant writing.

“Being theoretical just doesn’t do any good,” Turner said.

Students echo that hands on work in the community isn’t hoped for; it’s demanded.

“A lot of the classes we take require them; they are projects,” said senior Peace Corps ambassador Abby Lewis. “We all have an event that a single student puts on for class.”

The school does require a lot of outside work in the community, but former nonprofit faculty member Patrick Walker explained that the students’ efforts are not as widely acknowledged as they could be.

“I just think that there’s a lot going on we just don’t know about,” Walker said. “Honestly, they [Lindenwood administration] should be promoting the student involvement in the community.”

An example of improvements that students would like to see is easier accessibility with promoting student-led events.

“We end up doing a lot of work with organizations off campus,” Lewis said. “The school’s really difficult for finding places to do things and getting approval. It’s also very hard to promote things at Lindenwood.”

Although Lewis explains that Lindenwood students do a lot of work at blood drives, making food packages for underdeveloped countries and much more, Turner says that there is an empty feeling without campus wide fundraisers or drives.

“We used to do a dance marathon here,” Turner said. “I really want to see more of that. They’re great spirit boosters too.”

According to Turner, the problem with the dance marathon at Lindenwood was that administration had expectations of the faculty members being more hands-on than they felt possible.

“It just isn’t practical to run those huge events and do our job,” Turner said.

Whereas Turner and other nonprofit faculty members agreed that it wasn’t easy to effectively do their jobs and run major charity events, activities like these can and should be student-initiated as well.

“I think it’s good when students lead,” Walker said. “This is your university, your chance. I believe students should push the faculty and the university.”

For any inquiries or charity ideas, you can reach Director of Student Involvement Angie Royal’s office at 636-949-4983.