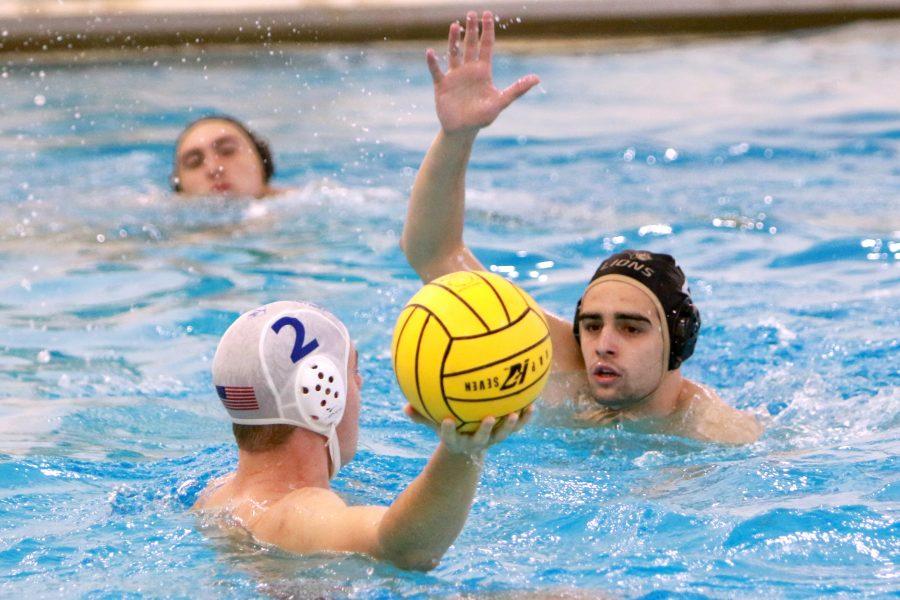 No. 2 Nikola Nasev prepares to pass the ball past No. 12 Lachlan Mackenzie during a game at St. Louis University on Sept. 17. The game was played during the Missouri Valley Conference Crossover.
Photo by Don Adams Jr.

Men’s water polo has the chance to claim its fourth consecutive national title this weekend in the Collegiate Water Polo Association Men’s Division I Club Championship.

Lindenwood won 26-7 against Washington University on Oct. 15 at the St. Peters Rec-Plex according to Lindenwood Student Life website.