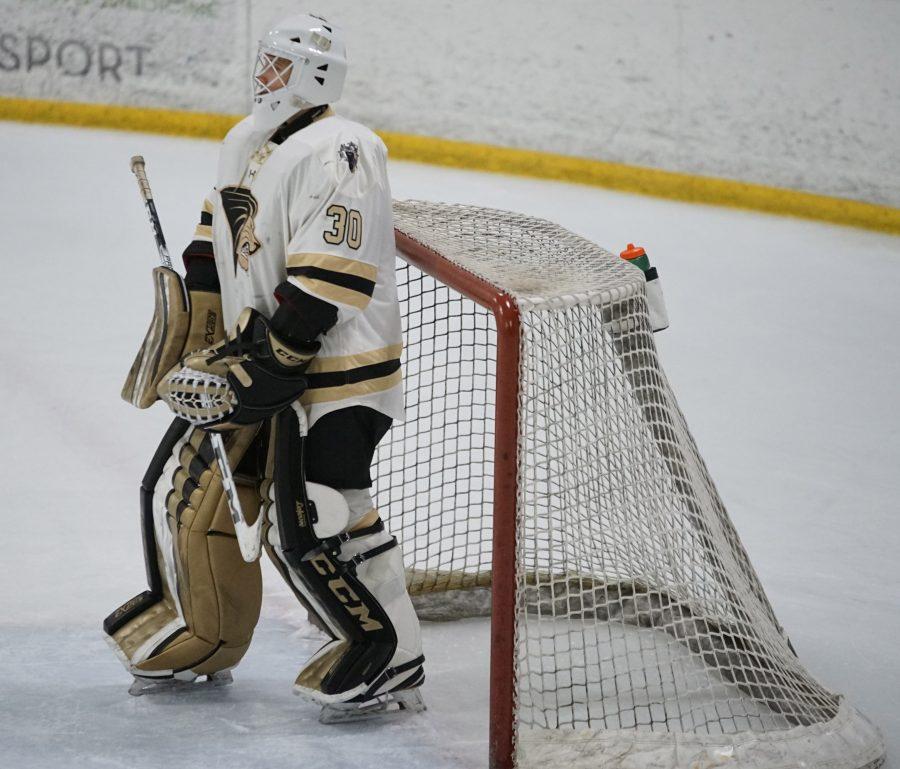 In this file photo Goalie Cooper Seedott in Lindenwood's match up against the University of Illinois at the Wentzville Ice Arena on Friday, Oct. 27. Seedott stopped 20 of 23 shots in regulation and overtime play for Lindenwood's 4-3 shootout win.
Photo by Mitchell Kraus.

At the beginning of the 2017-2018 season, the Lindenwood Lions faced the Missouri State Bears for a quick Sunday game after the Lions series against the University of Oklahoma.

The game, played on Sunday, Sept 24. at the Mediacom Ice Plex in Springfield ended in overtime with a 3-2 win over the Bears, giving the Lions their third win of the season.

Going into the previous game against Missouri State, Lindenwood was ranked eighth in the ACHA Division I according to Lindenwood Student Life Sports.

This weekend, the Lions are ranked fifth, one spot better than last weekend’s rankings going into the series against Robert Morris University.

Last season when Lindenwood met the Ice Bears the weekend of Jan. 27 and 28 at the Wentzville Ice Arena, the series resulted in two wins for the Lions. The first game, the Lions won by 9 goals and 8 goals in the second game.

Forward Alex Kalau says that for this weekend’s games “the boys are confident and ready to go.”

This weekend’s matchup will conclude the Lions five weekend home game stretch, with the team traveling to Athens, OH to play Ohio University.

On Friday at the Wentzville Ice Arena, the puck will drop at 7 p.m., on Saturday the final game of the series will be played at 4 p.m. Both games are available to be streamed live on YouTube.