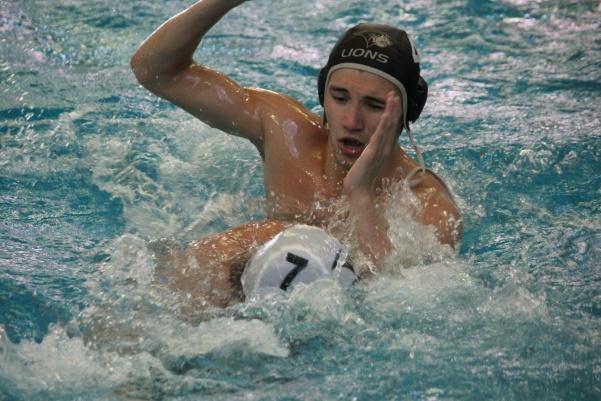 Mitch Griffin plays defense on another Lindenwood player, Toni Storic, during a practice before nationals.
Photo from Karen Welch

For the first time in three years, Lindenwood men’s water polo team won’t be fighting for the collegiate national title this year.

The Lions fell to California Polytechnic State University Friday morning at the Collegiate Water Polo Association Men’s Division I Club Championship in Tallahassee, Florida, according to the Lindenwood Athletics website.

After the first quarter of the game Cal Poly and Lindenwood were tied 1-1 but Cal Poly remained dominant the rest of the game.

The Lions have won the title in the past three years but due to this loss will have a chance to make it to 9th place at highest, if they win all their upcoming games.

The team’s next game is tonight at 9:50 p.m. EST. The championship games run throughout this weekend at Florida State University.