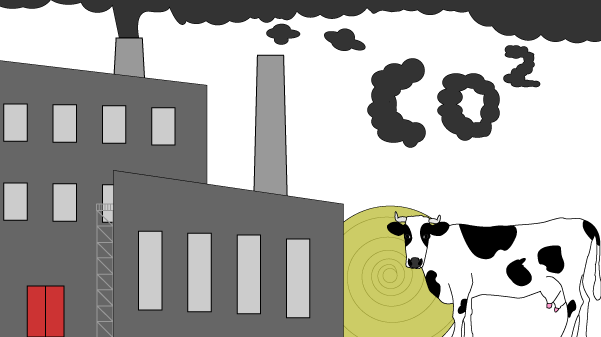 CO2 levels reached a record high in 2016, according to the World Meteorological Organization.

BBC reported 2016’s CO2 emissions were 50 percent higher than the average of the last 10 years.

The WMO released a bulletin on Oct. 30 stating this spike in CO2 levels is unprecedented, almost 100 times larger than the increase seen after the last ice age.

The bulletin also noted a 40 percent increase in the warming effect on our climate since 1990.

Rik Hafer, director of the center for economics and the environment at Lindenwood University, said students can help by raising awareness of pollution as an issue and reducing their own carbon footprint, but urges them to decide for themselves if giving up their commodities is worth the betterment of the environment.

“The key thing in this debate is how to get to a lower level of pollution if that’s what we all decide that we want, and to do it in the most efficient manner that we can,” Hafer said.

The WMO said the rise in CO2 levels is being caused by a combination of human activity, such as population growth, increase in agriculture and land use, deforestation and the El Niño weather event.

Hafer said a 100 percent cut in CO2 emissions is not feasible, but there are effective ways to reduce our carbon footprint.

Researchers at WMO warn that without major cuts to CO2 emissions, this trend will continue, and Earth will face a hotter and more extreme climate.

Hafer said one way to reduce human impact is to use a fuel tax to get people to drive less, but he said even that can have a downside.

“We want to reduce pollution, but at the same time we have to be aware of the fact that there are consequences,” Hafer said.