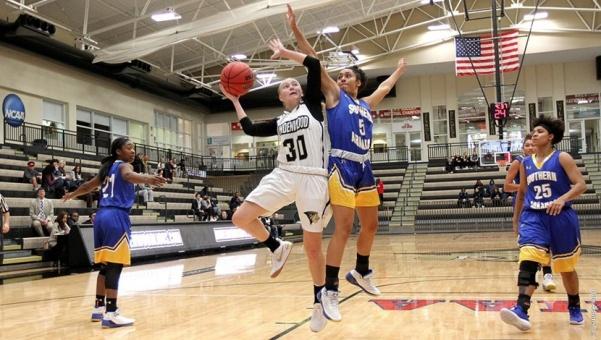 Lindenwood broke in the 2017 basketball season with two blowout wins in the MIAA/GAC classic against Southern Arkansas University and University of Arkansas-Monticello respectively.

The first game was dominated by the Lions from the opening tip as they scored 28 points in the first 10 minutes.

In the first half, the Lions shot an even 40 percent from the field, including 13 for 16 from the free-throw line.

Last years MIAA freshman of the year Kallie Bildner had an impressive first half, putting up 19 points and grabbing 11 rebounds.

The second half was more of the same from the Lions as they shot 49 percent from the field including 7 for 14 from behind the arch.

Bildner finished with 30 points while grabbing 15 rebounds. Jerricah Butler added 14 points, and freshman Jade Giron chipped in 10 of her own.

In the second game of the weekend, Lindenwood continued the momentum, defeating University of Arkansas-Monticello by the score of 64-40.

The Lindenwood defense was the star of the game. The Lions held Arkansas-Monticello to just 25 percent shooting from the field.

Bildner had another impressive game with her second double-double in as many games as she scored 16 points and had 16 rebounds.

Lindenwood opens the season with two victories in two tries. The next game for the Lions will be Tuesday, Nov. 14, vs. Fontbonne University at 6 p.m. in Hyland Arena.