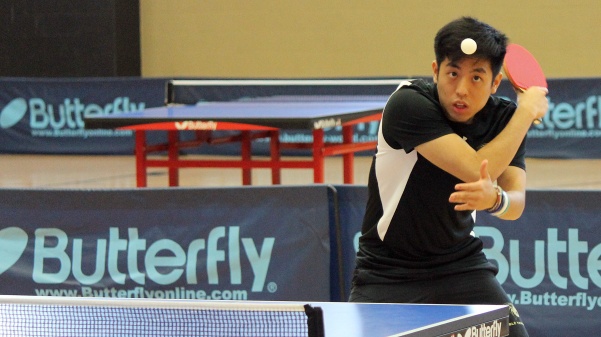 Lindenwood’s table tennis team breezed through all the teams in the area in this weekend’s divisional tournament.

The Lions handily defeated Southern Illinois, Maryville and Washington University, and although the team was satisfied with the win, head coach David Cabrera said that because of the athletic-heavy student body at Lindenwood, they were supposed to win.

“We’re actually one of only two universities who will give scholarships for table tennis,” Cabrera said. “Other schools are mainly club teams that represent their school.”

Although the Lions are aware of their status as big fish in the small pond that is the Lower Midwest Region, senior Alex Legaria said they have no issues with maintaining focus and fighting complacency in early season tournaments such as divisionals.

“I think we have a lot of experience at several levels so we know how to maintain professionalism,” Legaria said. “We’ve been on the other side where we’ve played people with much more experience, and we like to be played seriously.”

Another victory in Cabrera’s eyes was the way Lindenwood acted and represented itself as a team.

“They did great and basically fulfilled all the goals of competition,” Cabrera said. “Won division A and division B, same with women but mostly they showed kinship, camaraderie and were great hosts. Those things are important in smaller events, especially if we’re representing the school and the sport.”

Adding to the high expectations Cabrera has for his team off the court, expectations are equally high on the court. Lindenwood ranked relatively high last season, finishing fifth place in the country, but after quick progression within the team, older players feel that this season, a national championship is more attainable now than ever before.

“Even the new players with less experience showed a lot of improvement,” Legaria said. “This year I think we have the strongest team since I came here. We have strong chances of winning the national championship this year.”

While the Lions’ next competition is the Aurora Open on Jan. 13, the Lions have their eyes set on the national championships.

“There are many other tournaments throughout the year that are important, but they’re just kind of preparing us for the national championships,” Legaria said.