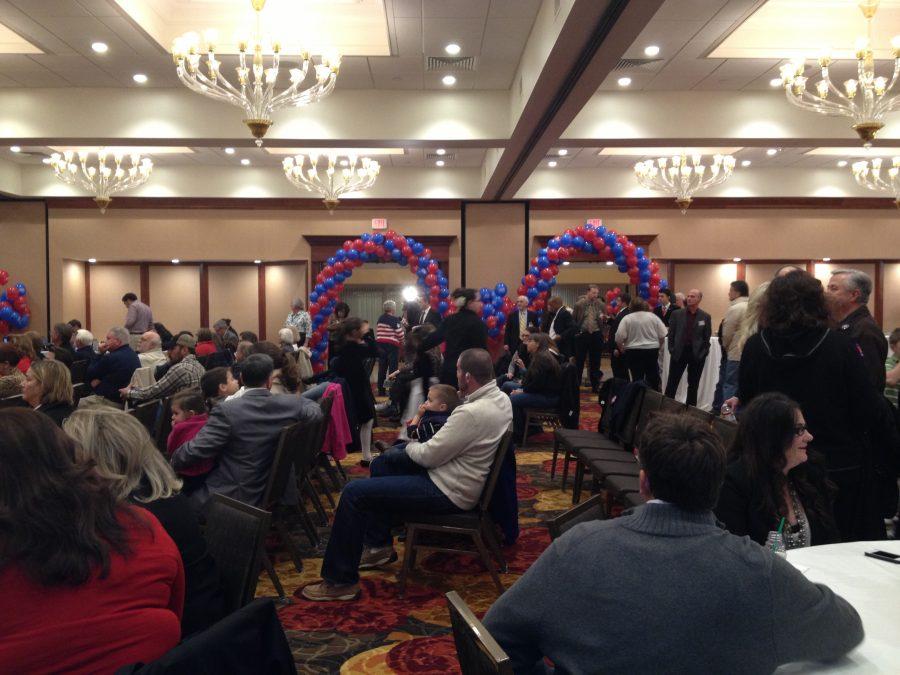 Supporters of Todd Akin were disappointed Tuesday night when it was announced that Claire McCaskill had won the senate seat.

Although Akin led the race in the beginning, his controversial comments about rape caused a lot of support to back off, including former Massachusetts Governor Mitt Romney.

While Akin’s support dropped dramatically, he still had many loyal supporters. One in particular, Kathy Dougherty, said, “Todd always responded when contacted. He is his own person and a decent, honest, Christian man.” Dougherty also said that she has supported him all along.

Another supporter was Lindenwood student, Daniel Hoenes. “He is the only candidate I can back 100 percent,” said Hoenes. “His morals and values align with mine.”

Much of the support lost for Akin was from women which caused a strong reaction from supporters. Linda Baker, a speaker at the Senate watch party, said she was a “Woman standing by Todd Akin.” She did not mention his controversial comment.