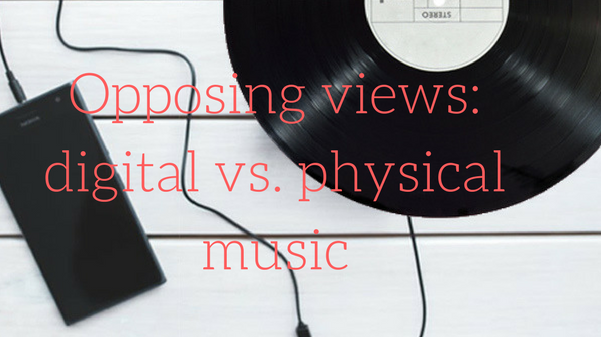 Buying CDs is unnecessary in a world where we have a world of music in our pocket at all times.
Graphic by Kearstin Cantrell

As soon as I started losing my baby teeth as a child, I started saving up my tooth fairy money to buy my first CD, “Missundaztood” by P!nk.

That CD meant the world to me. For a long time, it was my most prized possession.

It was the soundtrack of my grade-school days. That CD was the one I pulled out of my baby-blue velvet CD case when my third-grade friends came over for “dance parties.” It was the CD I made my mom play in the car on the way to school every day.

Today it holds a permanent reservation in the CD player in my car.

It’s not the same copy that I cherished in my youth, unfortunately. That copy was put to rest many moons ago. A few too many rounds in the purple boombox perched on my childhood dresser wore the CD out after a while.

The copy that’s in my car now came from a $5 bin of CDs and DVDs at Wal-Mart.

When I saw the cover art of “Missundaztood” peeping out from a mound CDs in that bin my heart sank.

It was heartbreaking to see something that had meant so much to me tossed in a discount bin as a last-ditch effort for purchase.

Needless to say, when I bought it, I felt like I was rescuing a lost kitten.

It’s not P!nk’s fault that her album wound up in the Wal-Mart discount bin. It’s mine. And it’s yours.

In today’s day and age, why would we buy a CD when we can simply download albums on our phones? It’s more portable, usually cheaper and more convenient to purchase.

Gone are the days of lining up outside of stores waiting for album releases. Instead, we casually download albums from the comfort of our living rooms.

That’s why the soundtrack of my childhood ended up in the $5 bin at Walmart.

I understand why downloading music is so much easier than buying a CD. I do it all the time myself.

However, I urge you to go outside of that comfort zone every once in a while and go to the store to buy a physical copy of an album.

It’s the nostalgia that drives me personally to buy CDs occasionally. There’s nothing quite like popping a CD in in the car.

There are a few other reasons to buy CDs. For instance, a lot of CDs come with additional content. For example, Taylor Swift’s new album “Reputation” is being sold at Target with a magazine of sorts. The magazine features song lyrics, a letter written by Swift and a poster.

Enough reason for me to drive to Target and purchase the album physically.

Buying a CD also offers the opportunity to experience the album completely as the artist intended.

Oftentimes, artists incorporate a story into their albums. Without buying the whole album, you don’t get the full effect of the music.

Instead, you may download one song and deem it as merely catchy when in fact it would have a completely different meaning in context of the full album.

All that said, I know buying CDs just isn’t the thing to do these days. But give it a shot every once in a while. You’ll be glad you did.

For an opposing viewpoint on the issue read “Opinion: Buying CDs unnecessary.”