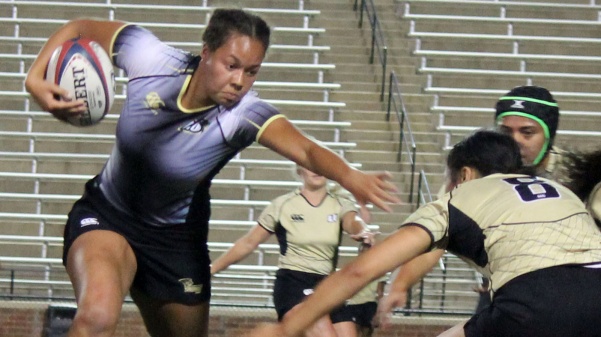 Marina Bach from Lion Pride Sports at Lindenwood University spoke with Billy Nicholas, head coach for the women’s rugby team, during an interview before the team’s spring season began.

This segment is part three of a 10-part series of interviews with the head coaches of spring teams.
The season so far
With two tournament victories during its fall campaign, the Lindenwood women’s rugby team shows promise for their next competition in February.

The team took home the championship title at the Ozarks 15s Tournament on Nov. 11-12 in Little Rock, Arkansas. To earn this win, the Lions defeated the University of Arkansas in game one with a 59-0 shutout. In game two, the team defeated the KC Jazz Women 13-7. In the championship match, the Lions were up against the Gypsie Selects and came out on top with the final score being 25-10.

Two weeks later, the Lions were at the New York 7s Tournament in Manhattan, New York. There, the team won the Plate Championship in their final match against the Northeast Olympic Development Academy’s first team. The Lions defeated Northeast Olympic 15-14.

On Feb. 24, the team will head to Kansas City, Missouri, to take on the Kansas City Jazz in its first game of its spring campaign.