Opinion: We’re all mutts; stop acting like immigration is a negative 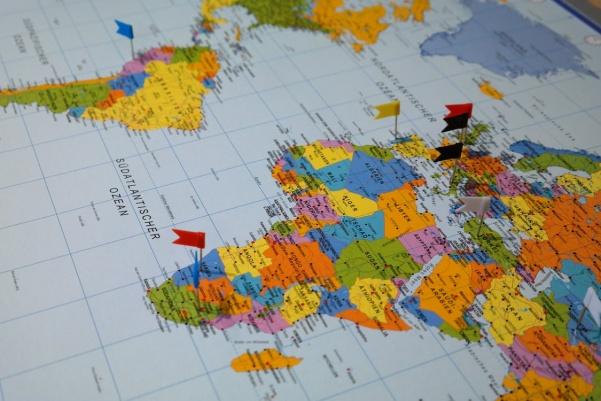 If you put a flag on the map for every country your family originated from, you'll probably see more than one from outside the United States. It's time we all take a minute to appreciate immigration.
Photo from pexels.com

When I started making my family tree online, I didn’t think I’d become as enthralled with it as I did.

What started as a way to kill an hour quickly turned into killing five hours.

So what does that mean for me? It means I’m a mutt.

What I didn’t realize was how far back immigration reaches in my family.

This discovery stopped me in my tracks and made me think about the current refugee and immigration “crisis” in the United States.

According to migrationpolicy.org, immigrants currently make up 13.5 percent of the United States population. Yet somehow, we look down on these people.

According to census.gov, only 2 percent of the United States population consists of Native Americans and Alaska Natives as of 2014. That’s including those who are of more than one race.

So unless you are part of that 2 percent and are strictly Native American or Alaska Native, you would not be here today if it weren’t for immigration.

Let that sink in. You would not be here if it weren’t for immigration.

If it weren’t for immigration, my family tree would not extend from Winibald the German Saloon Keeper to me, the German-French-Irish-Lord knows what else-American mutt.

So, if you have a spare hour (or five), dive into your family’s heritage. It may change the way you see immigration.

You can get a two-week free trial on ancestry.com. Which is plenty of time to find out that your fifth great-grandmother was some kind of heroine from a far away land.

If you don’t have a spare hour (or five) to dive into your family’s heritage, you can still make an effort to appreciate all that immigration has done for you, your family and the world.

We’re all just mutts after all.