Opinion: St. Louis has more to offer than bullets 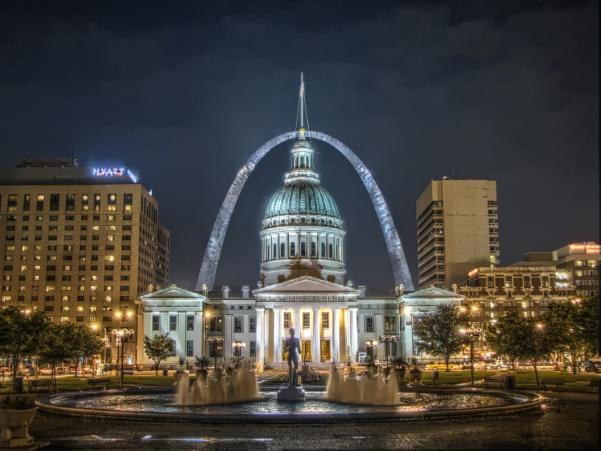 St. Louis has much more to offer than you might think based on what is seen on the news. Don't be afraid of what St. Louis has to offer.
Photo from Wikimedia.com

I’d argue that St. Louis is the hidden gem of the Midwest.

St. Louis has seen its name on a few less-than-exciting lists.

It’s been called the second most dangerous city in the United States. It was called the fourth worst city to live in by  24/7 Wall Street.

And that’s just the beginning. When outsiders think of St. Louis, they often think of words like “dangerous” and “racial tension.”

But St. Louis is much more than that. It’s fun. It’s diverse. It has a rich history and culture. It has a sense of pride that isn’t seen much in the Midwest. It’s beautiful.

[perfectpullquote align=”left” cite=”” link=”” color=”” class=”” size=””]Don’t rule out St. Louis. It has more to offer than it may appear.[/perfectpullquote]

Don’t rule out St. Louis. It has more to offer than it may appear.

Need convincing? Here’s what you need to know.

There’s an abundance of room in St. Louis to get outside. For instance, Castlewood State Park. Not to mention that Forest Park is around 50 percent larger than Central Park. Plenty of room to run, bike, hike or take the dog for a walk.

St. Louis also has an endless supply of things to do. If you’re bored, head to the City Museum, the Missouri Botanical Garden, The Muny or the zoo. And those are just a few of many options.

St. Louis is one of the 10 most charitable cities in the United States. St. Louis has a heart that yearns to give. One third of the people who live in St. Louis do volunteer work. Where there is a need, there are those who give.

If you’re a sports fan, St. Louis is the place for you. Welcome to the home of the best baseball fans in the country and a city with more pride in its hockey team than all of Canada put together.

I know, we don’t have an NFL team (RIP Rams), but St. Louis makes up for it in the pride it has for the professional teams we do have.

Oh, and by the way. Forbes ranked St. Louis as the happiest city for recent college graduates because of its high average salary. No big deal.

If all that isn’t enough to win you over, go get some toasted ravioli and Ted Drewes. That’s all St. Louis really needs at the end of the day.

So yes, St. Louis does have more to offer than fear and bullets. It’s a great city. Don’t be afraid to give it a chance after graduation.