Opinion: Media consumers are not victims of bias 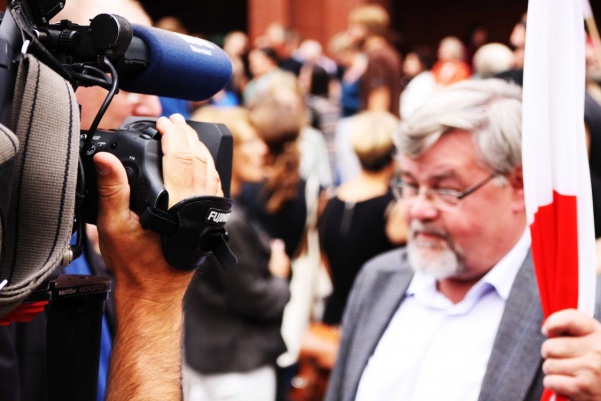 Bias is human nature. Media consumers can combat the bias they see in the news by being informed viewers and doing research of their own.
Photo from pexels.com

That’s the only word many Americans associate with the state of “the media” in the United States. Well, some might even surpass biased and go straight for fake.

Let’s start with this. Most Americans use “the media” way too broadly when talking about the state of American news sources, so here’s a crash course.

Television news is part of “the media.”

Radio is part of “the media.”

Print journalism is part of “the media.”

And it doesn’t stop there.

So the next time you want to berate CNN or Fox, don’t blanket your statements with “the media.” When you do that, you make yourself look bad by not distinguishing the differences among media sources and you make those of us who do our jobs well look bad.

Now that that’s out of the way, let’s get down to the real issue here.

[perfectpullquote align=”left” cite=”” link=”” color=”” class=”” size=””]Media sources are biased. However, that can be remedied if as media consumers, we decide not to be lazy and let the world spoonfeed us information.[/perfectpullquote]

Media sources are biased. However, that can be remedied if as media consumers, we decide not to be lazy and let the world spoonfeed us information.

CNN is liberal. Fox is conservative. You can watch both and decide on the truth for yourself.

Everyone has their own agenda in this world. That’s how it works. It’s human nature to put your own interests first.

Most of the time, journalists don’t put a liberal or conservative spin on a story intentionally.

If a journalist has more liberal views, they see the world through a liberal-minded lens. Therefore, their writing may turn out to sound like it has a bit of a bias to it.

Journalists are human beings. Human beings are biased by nature.

But just because media sources can indeed be biased doesn’t mean there’s no value to what is being reported. It also doesn’t mean that the country is doomed or that news networks are run by Satan himself.

You also don’t have to play the victim when it comes to media bias.

Better yet, do your own research outside of the news.

Don’t take anything at face value. Don’t let the outside world tell you what to believe.

You have your own brain; use it to fight media bias.