Opinion: We need to get on the same page regarding consent 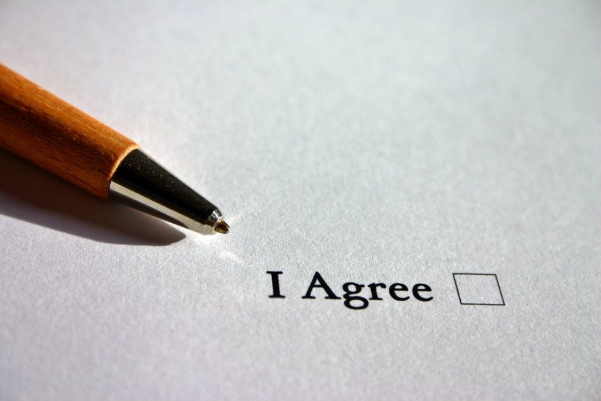 The lines for consent can be easy to blur. We need to find a way to make sure consent is always clearly given.
Photo from pixaby.com

This past week my mind has been racing because of what allegedly happened between comedian Aziz Ansari and a woman who is going by the pseudonym “Grace.”

Grace is alleging that she and Ansari went on a date that ended up back at his New York apartment. According to the article, which you can read here, Grace and Ansari then engaged in sex acts which Grace described as “uncomfortable” and during which she “used verbal and nonverbal cues to indicate how uncomfortable and distressed she was.”

“Most of my discomfort was expressed in me pulling away and mumbling,” Grace said in the article.

Near the end of the encounter, Ansari asked Grace for intercourse, which she declined. After that, he ordered an Uber for her and she went home crying.

Ansari claimed that he understood the encounter to be consensual, and he was “surprised and concerned” after Grace told him the next morning via text message that she was uncomfortable.

Ansari was very aggressive during the encounter and certainly should have dialed it down. It is always better to get affirmative consent for everything instead of assuming that your partner is into it.

However, I am taking the entire story with a grain of salt because the publisher, www.babe.net, is full of ridiculous articles such as “One more obstacle for thickies: Yes, even shoes can fat-shame you” and “Barbie is a woke vlogger now and she’s actually low-key deep.” They are titles begging for clicks, and it makes me think this article is exaggerated.

There is also something troubling with Grace: She thinks of herself as completely powerless. In the article she complains about how Ansari had white wine at his apartment and she prefers red; then she goes on to say that she thought he ended dinner too quickly, but she did not speak up.

My first thought, from a man’s perspective, was that if she did not like the way the date was going, she should have stood up for herself and got up and left if things did not change. Ansari did not take her phone or keys; he is not her boss, nor do they work in the same industry. I saw her as having every power to walk.

[perfectpullquote align=”right” cite=”” link=”” color=”” class=”” size=””]The women I have talked to about this feel differently. They tell me that often women feel afraid of speaking up against men they are alone with because the men could get angry or violent.[/perfectpullquote]

The women I have talked to about this feel differently. They tell me that often women feel afraid of speaking up against men they are alone with because the men could get angry or violent. I must admit I have a hard time understanding this point of view.

My understanding of the way 21st-century relationships work is that people are equal partners. This idea that women can’t speak up for what they want because they are afraid turns the idea of equality in the dating scene into one of a guardianship where the man, to be on the safe side, has to constantly assume the woman may be lying for self-preservation. If both sides cannot be trusted to be telling the truth when asked for consent, then consent simply cannot exist.

Overall, what frightens me most is the impact one anonymous account of an awkward date can have on someone’s career. At the Screen Actor’s Guild Awards on Sunday, Ansari’s name was mentioned as a nominee; the presenters did not bother pausing for applause. The industry has already decided his guilt as a result of the story Grace released.

Most people will not read the whole story; they will see the headline and Ansari’s picture and immediately lump him in with actual predators like Kevin Spacey and Harvey Weinstein, who used their power to demand sex from people whom they hold power over. Ansari is only guilty of being pushy; however, this event will follow has career for the rest of his life. That is not fair to Ansari, and especially not to victims of actual assault.

What we can change

Stop thinking of sex as something someone does to someone else. Instead sex should be a collaborative effort between adults to create a moment all parties enjoy.
Empower women to speak up for what they want and mean what they say. This will not only give women more agency but also give peace of mind to their partners.
We need to move toward a consensus for a clearly defined standard of consent.
Protect all parties during sexual activity, but also develop protections for people after the sex has ended. We have some protection in the newly minted revenge porn laws; however, we need to develop a way to document that consent happened to avoid he-said she-said fights.
Stop these trials by media. If you believe you have been assaulted or raped, gather whatever evidence you can and go to the police immediately. If you have been harassed and it is affecting your ability to do your job or go to school, file complaints and speak up loudly. But do not throw someone out to Twitter to decide their fate, especially if you are unwilling to reveal your own identity like Grace did.

We clearly are all on different pages when it comes to what consent truly is. We need to come together, have a dialogue, and develop a cleanly defined, provable standard of consent that is easy to understand. We need to stop allowing what should be criminal trials to take place on Twitter. We can do this; we just need to listen to each other.