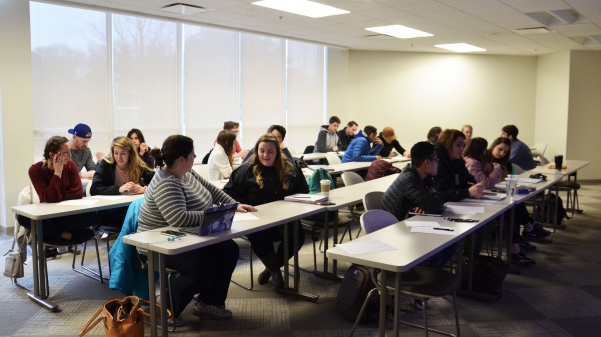 First, determine the event’s goal or purpose. Some events may be held to grow a student organization or promote a cause, but others are simply held for fun, Royal said.
Decide what you want the event to be. Royal suggested six important things to consider for a successful campus event.

Is it unique? “I have seen so many bonfires, so many sand volleyball nights over at Pfremmer,” said Royal. “I don’t want to say not to have those events, but when you do something super unique and creative, that’s going to spark interest in people to come.”
How many people do you realistically expect to attend? According to Royal, overestimating attendance can lead to wasting money and space.
Is it allowed at Lindenwood? University policy or local regulations prohibit certain activities, including waterslides, balloon or lantern releases and loud music at night according to Royal.
Do you have the resources? For large events, it can be difficult to book a space on campus in which they can be held.
Do you have enough time to plan? Royal advised planning events three to six weeks in advance.

Reserve space to hold the event through Astra three weeks before the event. Royal suggested contacting associate student involvement director Samantha Kennedy for ideas about where to hold an event. Plan a rain location if the event is outdoors.
Enter the event in InvolveU.
Take care of any contracts or permits. Royal said to contact associate student involvement director Nikki Cornwell to get contracts approved and signed by the university. “If there’s any potential for anybody to get injured, please, please, please have waivers signed at your event,” Royal said. Waivers are available in her office.
Plan a budget for the event. Royal said an exact tabulation of the costs is required to receive university money. Some online vendors are prohibited and most food must be bought through Pedestal. Raise funds if not using Lindenwood funds, but donations and fundraisers must be approved.
Promote the event. Royal said word of mouth is the best way to let people know about a campus event, but other options include tabling, flyers, handouts, social media, and the Weekly Roar.
Make sure food, supplies and everything else are ready before the event. “You can never have enough trash cans,” Royal said. Be prepared to have a backup plan.
Take care of everything afterwards.

During the class, attendees brainstormed a hypothetical event and how it could be budgeted and ran, and Royal gave them some flyers with useful information about campus event planning. The next installment of the leadership series, “How to be the Best You: Health and Wellness in Leadership” will be instructed by Evans Commons evening manager Mitch Palmer on Jan. 30.

This is the first story in a series covering the leadership sessions offered on campus, check back each week for updates.