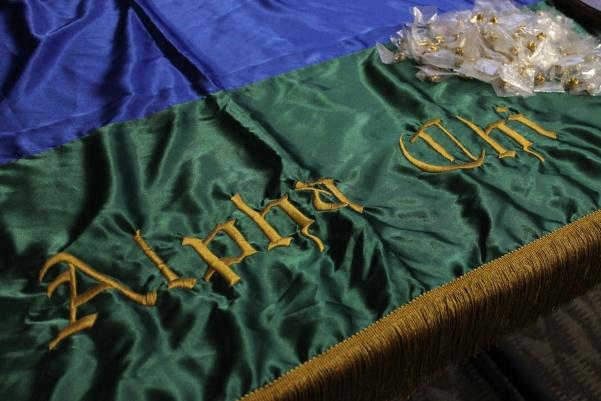 Alpha Chi is a National College Honor Society and has a four-time-winning Star Chapter Award chapter. Once members are inducted, they are members for life.
Photo by Lindsey Fiala

The ceremony was held in the Anheuser-Busch Leadership room for students along with their families and friends to attend and celebrate their accomplishments.

“There is no need for students to attend the ceremony; it is for those who want to celebrate this milestone with members of their family,” said Lynda Leavitt, professor of education leadership and co-sponsor of Alpha Chi.

All students who attended the ceremony and were inducted received a certificate and pin in commemoration of their accomplishments.

According to Leavitt, once students are inducted into Alpha Chi, they are members for life.

There are 300 chapters of Alpha Chi, and Lindenwood’s chapter has won the Star Chapter Award for the fourth year in a row.

In order to receive this title, chapters must complete six different sets of criteria.

At last year’s convention in Louisville, Kentucky, Leavitt was named National Sponsor of the Year. She was selected out of every sponsor across all 300 chapters.

“It was an amazing surprise,” Leavitt said. “I had no idea and I was very honored to receive that.”

Lindenwood’s chapter is looking forward to the convention this year which will take place in Portland, Oregon.

Three students from Lindenwood’s chapter attended last year’s convention and were able to present their work to other members of different chapters from all over the United States.

This year the chapter hopes to take even more students to the convention. Students will have the opportunity to network with other chapters, present their work and take advantage of workshops offered. There is also time allotted for students to explore the city and go sightseeing with one another.