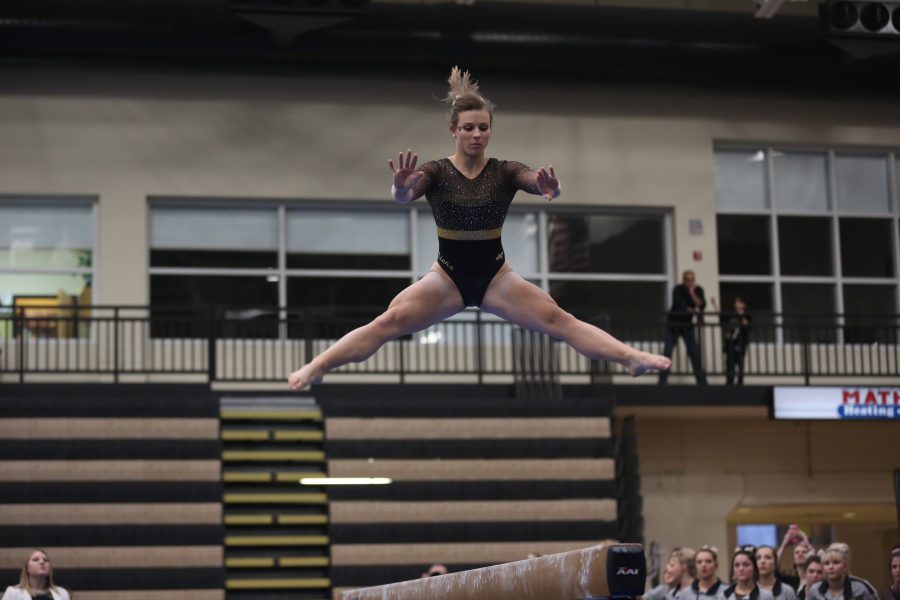 Lindenwood gymnast Kierstin Sokolowski was one of the 38 Lindenwood students to receive an award. Photo by Carly Fristoe

The Missouri Sports Hall of Fame honored 110 college students, coaches and teams with Special Achievement Awards this year. These awards are given to “national champions, First Team All-Americans and others who received national recognition while competing for a Missouri-based team in 2017,” according to the Missouri Sports Hall of Fame website. The 2018 enshrinement was on Sunday, Jan. 28, in Springfield, Missouri. Each inductee was honored with a Hall of Fame-logoed plaque celebrating his or her achievements.