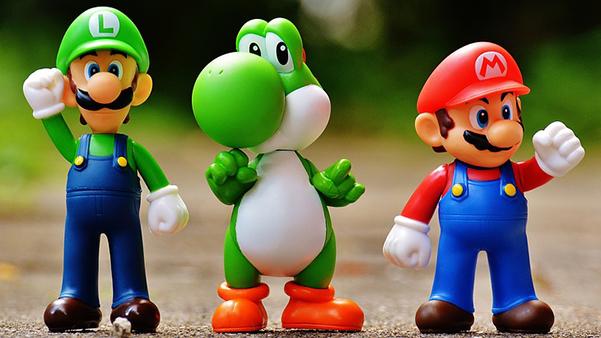 Parker Hall residential life staff members are hosting the Mariolympics video game tournament in the lobby at 7:30 p.m. on Feb. 7.
Photo from Pixabay

Are you in search of a reason to get up and out of your dorm this week? Here are five things that you can do this week on Lindenwood’s campus and around the St. Charles area.

Robert Altman was a critically acclaimed director who was nominated for five Academy Awards, five Golden Globes (he won Best Director in 2002 for “Gosford Park”) and two Emmys. Altman was born on Feb. 20, 1925 in Kansas City, Missouri. Come celebrate the birth month of this Missouri native at the Lindenwood Film Series. On Tuesday, Altman’s film “Nashville” will take the screen at the LARC theater and on Thursday his film “The Player” will show. For more information on these films and the film series, click here.

The staff of Parker Hall is hosting the “Mariolympics,” an event that features multiple tournaments. Participants can play games on varying consoles, including Guitar Hero, Mario Kart, Super Smash Bros. Brawl, 1-2 Switch and more. This event is free for all Lindenwood students. There will be free food and prizes for tournament winners. More information on this event can be found here.

Fuzzy’s Taco Shop has a weekly trivia night that’s a hit with Lindenwood students. The restaurant is just down the street from Lindenwood’s campus. Enjoy food, drinks and free trivia every Thursday night. Prizes are awarded to weekly winners. Make sure to show your Lindenwood ID at the register to receive 10 percent off your order (excluding alcohol). For more information on Fuzzy’s trivia night, click here.

5. Be a part of Mardi Gras festivities this weekend at the parade in St. Louis.
Saturday, Feb. 10
11 a.m.
Soulard Neighborhood

The Bud Light Grand Parade kicks off at 11 a.m. starting at Busch-Stadium and ending at the Anheuser-Busch Brewery. This Soulard event is free and open to the public. A map of the parade route can be found below. For more information on the parade and other Mardi Gras events in the city, visit STL Mardi Gras website.