Homeless people struggle with boredom, professor reveals in talk on his research 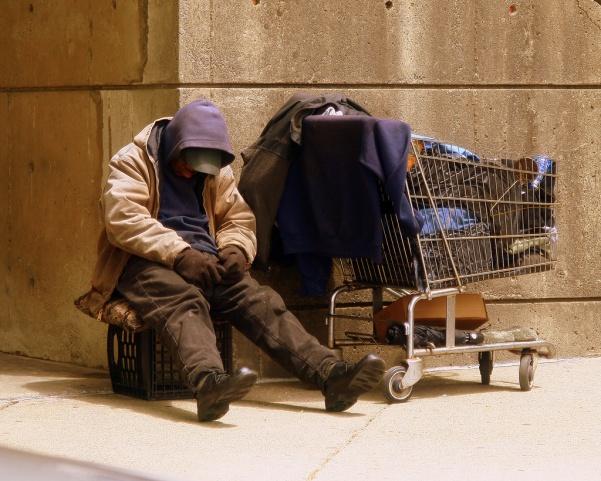 Photo of a homeless man, courtesy of wikimedia.com

The homeless in Eastern Europe apparently struggle with feelings of boredom.

Those are the findings of anthropologist Bruce O’Neil, who spoke Thursday night in Dunseth Auditorium about the research for his book, “The Space of Boredom: Homelessness in the Slowing Global Order.”

O’Neil described living with the homeless in Bucharest, Romania, by reading anecdotes from his book.

O’Neil said that the people there had a steadfast belief that life outside of Eastern Europe, specifically in the west was better.

He said that Romanians suffered from boredom because they weren’t able to afford the life they had.

O’Neil works as an assistant professor of sociology and anthropology at Saint Louis University and received his doctorate from Stanford University.

He is from St. Louis and said he always found the topic of homelessness and urbanization interesting. He studied sociology in his undergraduate career because of this interest.

“Issues of inequality, issues of spatial segregation are really interesting to me,” O’Neil said. “It made me curious about how inequality maps out in the city.”

This interest led him to the topic of homelessness for his doctorate research.

[perfectpullquote align=”right” cite=”Bruce O’Neil” link=”” color=”” class=”” size=””]It just captured my imagination. It seemed like one of those decisions that was good in a moment when I was 24, and suddenly my life’s dedicated to it.[/perfectpullquote]

He said he gravitated toward Eastern Europe because of the events that happened in the 1980s, when he grew up.

O’Neil said he chose Romania because the history intrigued him.

“It just captured my imagination,” O’Neil said.  “It seemed like one of those decisions that was good in a moment when I was 24, and suddenly my life’s dedicated to it.”