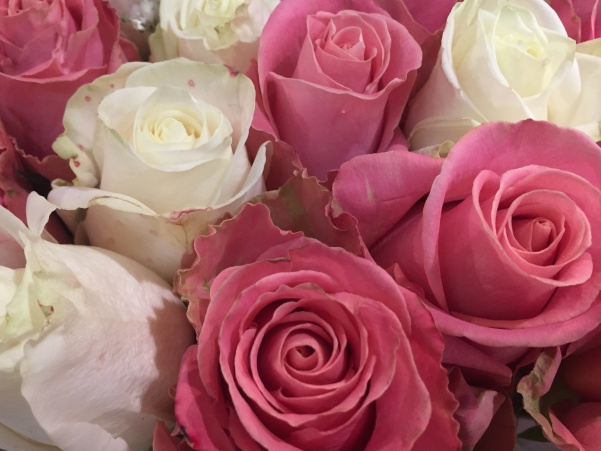 Valentine's Day is a holiday celebrating love in America. People will often present their loved ones with roses. Photo by Abby Stone

All around the world, people have their own ways of celebrating love, both on a large scale and on a smaller, more intimate scale.

In the United States, we celebrate Valentine’s Day where couples shower each other with flowers and chocolates and date nights.

Large national holidays become a social norm celebrated year after year. Valentine’s Day is one of these norms in the United States.

“We have this expectation, this norm, that you’ll acknowledge your loved one in some way.” Pomianek said. “If you breach that norm, unless it’s already been agreed upon, it becomes a big deal.”

The people of India celebrate Holi, or Festival of Colors. They celebrate Holi on the vernal equinox. People will throw colored powders at each other as a way to show affection. It is a celebration of love and laughter.

People in Colombia celebrate Dia del Amor y Amistad, translated to “Day of Love and Friendship.” This celebration consists of a game that would sound familiar to most Americans. They have a “secret friend” in which they give gifts of chocolate and flowers.

[perfectpullquote align=”left” cite=”Christina Pomianek” link=”” color=”” class=”” size=””]People are doing that in small ways and big ways around the world, with some of these big national holidays or some of these secret magical rituals that we find cross culturally.[/perfectpullquote]

Along with large national holidays, there are the intimate interactions between people looking for love.

Pomianek said the use of love magic is prevalent in many cultures around the world.

The Shona people of Zimbabwe use love magic and potions on those whom they want to be with. They also use their magic as a form of blackmail, saying they will cast a spell on them if they do not give them a chance, according to Pomianek.

The Zulu people of South Africa will also use love magic to win over their significant others. The men will give women sweets in which he has put a love potion on. They believe that after the girls has eaten these medicines in the sweets, she will fall in love with him.

Pomianek said in these smaller interactions, there are many examples of people trying to find love, natural or supernatural.

“Don’t you think that kind of speaks to the uncertainty of love, that you have to have some sort of supernatural means?” Pomianek said.

Pomianek also said the capacity for love is a human universal and may stem from our drive for sex or affection.

Whether large or small, Valentine’s Day is a cultural display of affection for the United States. The want for love that we see on Valentine’s day is seen across the world in many different forms.

Pomianek said she hopes people see that there are many ways of communicating feelings to a loved one. She said some of these examples may seem exotic to students in the United States, but our traditions seem exotic in other cultures.

“[It] is what Valentine’s Day is all about, just communicating your interest or your affection or love for somebody.” Pomianek said. “People are doing that in small ways and big ways around the world, with some of these big national holidays or some of these secret magical rituals that we find cross culturally.”