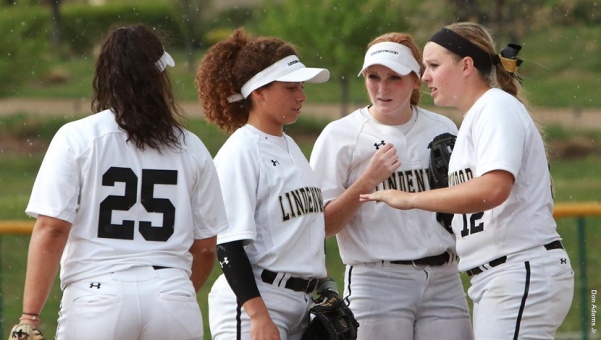 Here are the Lindenwood sporting events on campus Feb. 12 – Feb. 18. Students can earn points by checking into events on the Lindenwood Lion Pride app. Points can then be redeemed for prizes, including free Under Armour shoes and Papa John’s pizza. The app is available for free download on  Apple’s App Store and the  Google Play store.

The Lions finished with a 21-26 record last year and will be looking to finish over .500 this year.

In 2017 the Lions got big production from freshman duo Stormee Galka and Austin Pauley, who combined for 51 runs and 38 RBI. Pauley also led the Lions with a .556 slugging percentage and six home runs. Expect big things from the now sophomores this season.

The baseball team (3-3) will play their first home game of the season on Wednesday when they take on Harris-Stowe University (5-1).

The women’s ice hockey team (8-17-1) will return to action this Friday and Saturday with back to back games against Syracuse University (11-17-2). The last time the two teams played the Lions came out with a 2-0 victory, a result they will be hoping to emulate this weekend.

The women’s lacrosse team (1-0) will play its second game of the season when they take on No. 7 Queens University of Charlotte. Lindenwood dispatched No.24 University of Indianapolis 11-7 on Feb. 10, thanks to four goals from senior Sophie Buelow. Lindenwood comes in to the contest ranked No. 3 in the country according to NCAA.com.

The Lions will be aiming to continue their form from 2017 which saw them reach the NCAA Division II National Championship Tournament.

The Lions will again lean on first-team All-American Sophie Buelow heavily this season. Buelow led the Lions with 48 goals in 2017 and will be looking to take on more of the scoring responsibility with offensive stalwarts Rachel Benzing and Morgan Judd having graduated last year.

The women’s basketball team (14-11) will look to extend its winning streak to five with a victory over No. 9 University of Central Missouri (20-2) on Saturday. The Lions have hit form in the last two weeks after previously riding a seven game losing streak.

A bright spot for the Lions this season has been the consistent play of sophomore Kallie Bildner. Bildner has season averages of 18.9 points and 12.1 rebounds per game. Most impressive about Bildner’s stat line is the efficiency with which she is scoring. The forward is currently shooting 57 percent from the field, 40.4 percent from downtown and 81.8 percent from the free throw line.

The men’s basketball team (14-10) will be hoping to reverse its fortunes and break a four-game losing streak when it faces the University of Central Missouri (19-5) on Saturday. The Lions have experienced a mixed bag this season after starting the season with a 7-3 record.

The men’s volleyball team (6-5) will hope sophomore Michael Jennings can continue his impressive run of form when it takes on UC San Diego (7-5) on Saturday. Jennings has hit a purple patch of form which has seen him record 46 kills through the Lions past three games.

The Lions have lost their last two games in straight sets and face a welcome opportunity to get their season back on track on Saturday.