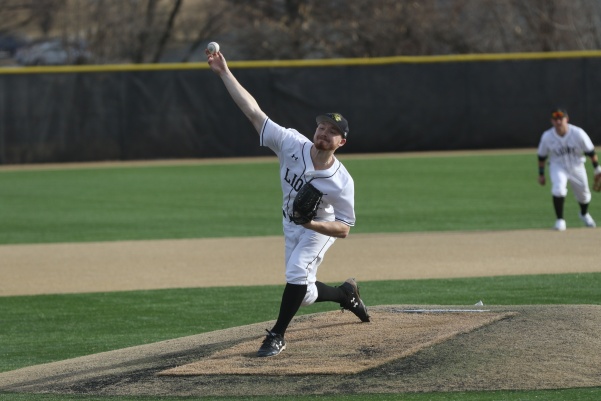 Harris-Stowe got on the board in the first innings with two runs. Leadoff hitter Wes Degener doubled to open the batting for the Lions. Degener would later score after an RBI groundout from Quinones to cut Harris-Stowe’s lead to 2-1 after the first inning.

Neither team would score again until the bottom of the fifth, when Lindenwood erupted for four runs to take the lead.

Conor Behrens scored on a sacrifice fly from Degener. Two at-bats later, Quinones came up big with a single to right field that allowed D.J. Miller and Nick Paulda to score. The Lions left the fifth inning with a 5-2 lead.

Nick Paulda added to the Lions’ lead in the sixth with an RBI single to left field that drove home Tyler Muehling.  Harris-Stowe would make the score 6-3 in the seventh inning. Neither team scored for the rest of the game.

Right-handed pitcher Lucas Tibbs started the game on the mound for Lindenwood. Tibbs allowed one hit, two earned runs, two walks and earned one strikeout in two innings before Austin Muich took over. Muich earned his first win on the season, going two and a third innings pitched, allowing two hits, one earned run, two walks and striking out four.

Nate Hillerman earned the save after taking over in the eighth inning and allowing no hits.

Following Wednesday’s win, the Lions are 4-3 and will play a three-game series against Union University beginning at 1 p.m. on Saturday, Feb. 17.