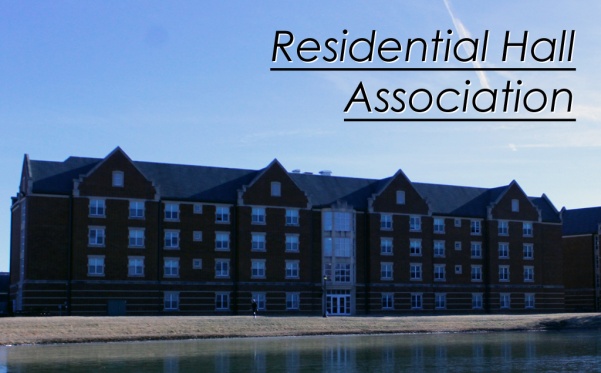 Pfremmer Hall, a men's residence on the horizon side of campus.
Graphic by Matt Hampton

Residential Hall Association representatives discussed putting community printers in residence halls and a microwave on every floor at their first general assembly meeting of the semester Tuesday.

Representatives also said they heard positive feedback from residents about the new laundry machines and complimentary laundry policy this semester.

Ciara Bell, the president of RHA, said the change is popular among students because laundry is too expensive and free laundry is common at other schools.

“That’s almost like an incentive for someone to want to go somewhere,” she said. “I think it keeps a lot of people on campus, you know, and I think it’s also beneficial to the students who can’t always afford to do their laundry like every single week.”

Bell, who went to St. Charles High School, joined RHA last year, but this is her first semester as president. She said printers in dorm halls has been discussed in RHA “for months,” and they decided to ask about it in a survey they conducted before the meeting.

Caleb Davey, an AC for Flowers and Mat=thews and RHA’s staff sponsor, said it’s hard to predict how soon dorm printers can become a reality, but “once we know students want something, we just start working on it as hard as we can.”

Currently, microwaves in halls are provided by donation. Irwin Hall, the freshman girls’ dorm Bell represents, has a microwave on all but one floor. Since it has five floors and no elevator, Bell said it would be difficult for students to go down multiple stories to microwave food, as they do in other halls.

With regards to microwaves in rooms, Davey said the electrical infrastructure on the heritage side couldn’t handle it. Though new dorms can handle microwaves, he said Lindenwood prohibits them campus-wide to be “fair.”

Representatives also proposed placing whiteboards in the laundry rooms for students to communicate about the status of their laundry.

Because some halls do not yet have an RHA representative this semester, the group is looking to find people to represent these residents. Bell said RHA is reaching out to area coordinators to find candidates.

They also discussed the impact of the announced residential changes for next semester. Many residents are unable to renew their housing next semester because their halls are being closed or will become coed or freshman-only.

Davey said, “It’s one of those ‘be careful what you wish for’ things, because it’s all we’ve heard for RHA, ‘We want co-ed, we want co-ed,’ but people didn’t consider that’s going to move a lot of people around.”

During the meeting, which occurred in LARC 117 at 6 p.m., RHA also discussed plans for a “Welcome Back Fanny Pack” event after spring break, as well as Easter events and other future plans.

They plan to hold their next general assembly meeting in the LARC either the week before or after spring break.