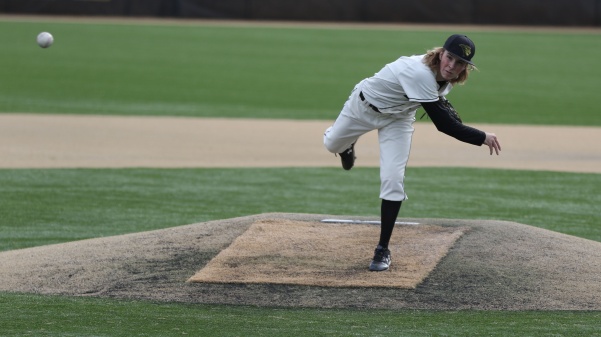 Left fielder D.J. Miller registered three hits and knocked in four runs including the Lions’ first run of the game in the third inning.

The Lions added to the 1-0 lead in the seventh inning, scoring four runs. First baseman Neil Fischer had the key hit of the inning with a two-out double that allowed Drew Quinones and Wes Degener to score.

Leadoff hitter Degener stole his first base of the season; the center fielder had three walks in the win while scoring three runs.

Following Sunday’s win, the Lions completed the sweep after defeating Union three times on the weekend. Lindenwood defeated the Busters in the first game 6-3 and 2-1 in the second game.

Lindenwood has taken advantage of being at home. The Lions are 4-0 at Lou Brock stadium to begin the season.

The 7-3 Lions will play its first conference series of the season against the 6-3 Northeastern State RiverHawks beginning at 6 p.m. on Friday, Feb. 23 at Lou Brock Stadium. Game two will be on at 3 p.m. on Saturday, and the third game of the series will be 1 p.m. on Sunday.