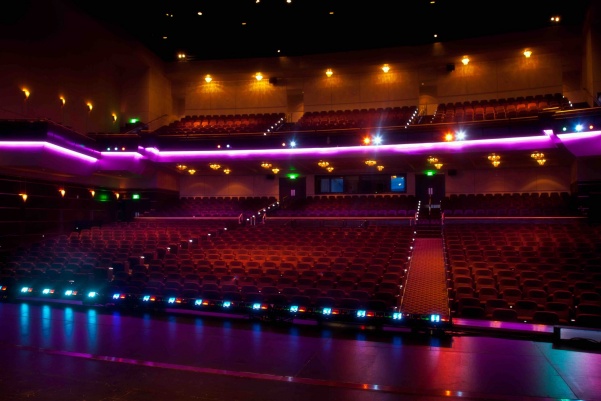 Photo of the Lindenwood Theater
Photo from lindenwood.edu

The theater is notorious for its strange beliefs and customs, but I bet you didn’t know the origins of some of the most famous superstitions of the stage.

1. He who must not be named

Never say “Macbeth” in a theater. Unless you’re in production of this famous play, actors and theatre professionals refer to this Shakespearian drama as “The Scottish Play”; otherwise, someone could be seriously hurt or even die. There have been multiple reports of mysterious accidents and deaths during productions of the show. Actors have theorized over the years that the witches’ incantation at the beginning of the play might be real witchcraft, which is why the show is believed to be cursed. However, there is a cure if you accidentally say the dreaded name: Exit the theater, spin three times, spit, and utter a Shakespearean insult (or some other profanity).

This superstition dates back to the days of the original “techies”: sailors. Sailors were often hired as stagehands because of their extensive experience with rigging systems. They were able to move set pieces and curtains with a swift pull of a rope. These sailors communicated with one another through a series of coded whistles. So, if you happened to be in a theater whistling a little ditty, you could have accidentally sent a message to drop a heavy set piece on top of someone.

Peacock feathers are often perceived as a bad omen potentially bringing a curse onto the stage because of their “eyes.” Theaters refrain from using peacock feathers or prints onstage to keep the bad juju away. If the feathers are used, the show could fall victim to forgotten lines, broken set pieces, or even bodily harm.

4. The ghost of Thespis

Many theaters keep one singular light on at all times on the stage in order to ward off the spirit of Thespis, the first known Greek actor. He is said to wreak havoc on those stages without a light located upstage center. From a practicality standpoint, this is a good practice to do whether or not you believe in the ghost of Thespis because entering a pitch black stage could be very dangerous.

Using the phrase “break a leg” instead of wishing someone “good luck” before a show has a few different rumored origins. Some believe it is the result of the ancient Greeks stomping their feet instead of clapping their hands, or it could be from the Elizabethan term for bowing (to break the leg). Probably the most controversial theory, however, is the belief that understudies would, jokingly, wish the leading characters would “break their legs” so the understudy could take their place.