Aiming for no. 15: shotgun team striving to extend streak at national championship 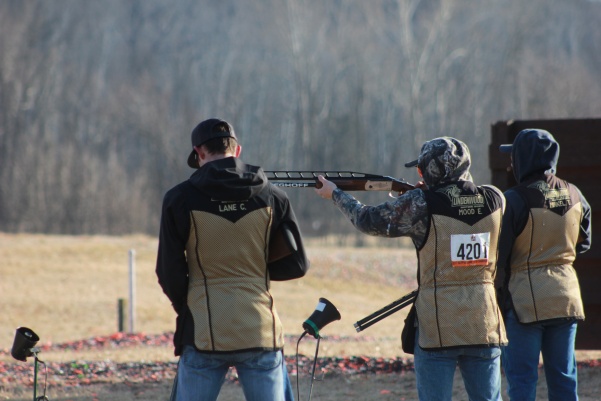 “We can’t just win because we are Lindenwood,” said shotgun sports head coach Shawn Dulohery. “It still takes a tremendous amount of desire, dedication and devotion in order to keep bringing home the national championships.”

The ACUI Collegiate Clay Target National Championships is set for March 27 through April 2 and will feature 35 of the best shooters. Sixty-three shooters — 47 males and 16 females — make up the team.

The shotgun team is separated into two: the gold team and the black team.

The gold team represents the school at competitions across the United States, including nationals. The black team gets to compete as well, on a smaller scale.

“They are the up-and-coming people,” Dulohery said. “These are the people that may not like the thrill of getting sick before going out at a competition. They want to do the recreational shooting.”

This year at nationals, Lindenwood will be competing against roughly 95 schools.

There will be a total of six events over the week: sporting clays, super sporting, skeet, international skeet, trap and wobble trap.

Typically, a competition consists of four rounds of 25 targets.

In trap, five people make up a squad and three to six make up a skeet and sporting clays squad.

Sophomore Lindsay Martin shot at nationals last year and will take on nationals again this year.

“I think the challenge of the mental game is having to break 100 targets in a row, and if you don’t hit all of them, you usually lose,” Martin said. “You get yourself all riled up, which causes you to miss. You have to stay focused on those 100 or you slip again.”

Martin said she doesn’t really know what to expect this year at nationals.

“I want to just have fun because if I expect something, then I put unnecessary pressure on myself,” Martin said.

Nationals lasts for seven days, with most days starting at 7 a.m. and finishing around 10 p.m.

“You have to come out of the gate running and then pace yourself for seven days,” Dulohery said. “That’s a lot of shooting.”

To prepare for competitions, members of the team drive 45 minutes away to meet twice a week at St. Louis Trap and Skeet Club in Pacific.

The range consists of many different fields, all for different events. At a recent practice, shooters yelled “Pull!” just before highlighted orange disks flew through the air. The soft pops of the shotguns firing was audible even behind bright pink and green ear plugs. Dulohery’s playful yellow lab, Oly, provided comic relief as he stole shooters’ water bottles and pranced around with them in his mouth.

By the end of practice, broken disks had turned the fields into a sea of orange. The disks are biodegradable and are made up of two main ingredients: limestone and sulfur.

Dulohery has been head coach since the summer of 2008 and has won numerous competitions and championships himself.

“I know what it feels like going in,” he said. “There are going to be a tremendous amount of nerves [going into nationals], especially from the freshmen.”

“It is a huge privilege to be able to represent Lindenwood shotgun sports as a freshman,” Vieira said. “Lindenwood has some of the best college shooters in the nation, and to be able to shoot side by side with these shooters is truly an honor.”

Dulohery said the most intense part of the competition is finals.

“When the finals happen, and the shoot-offs happen, it’s kind of suspenseful,” he said. “It’s kind like watching a miniature soap opera because everyone has their own things going on in their minds and in their lives.”

“What they have done is historic,” he said. “I guess I’m biased, but as far as I’m concerned, we are the big ship in port. There is no other team that has as many national championships as we do.”