Lindenwood remembers Isaiah Kozak on first anniversary of his death 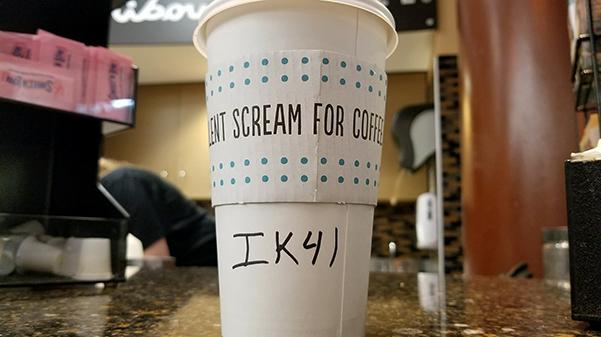 Lindenwood lacrosse player Isaiah Kozak was found dead in his dorm room one year ago. Today, Pedestal Food staff members at Starbucks, The Lion Pride Market and Qdoba wrote "IK41" to remember him. Kozak was No. 41 on the team.
Photo illustration by Michelle Sproat.

Students who get coffee in the Lion Pride Market or Starbucks may notice “IK41” written on their cup. Those who get Qdoba today will find the same black sharpie marks on their bowls. The Grill Spot in Spellmann also has the expression written boldly across the glass panel where students and faculty order. The idea for remembrance was brought to Pedestal by women’s lacrosse coach Jack Cribbin, according to Catering Director Nancy Tinker.

Kozak, a British Columbia native, was a member of the men’s lacrosse team and donned the No. 41 on the field.

By his coach and teammates, Kozak is remembered as a positive, happy-go-lucky person.

A few weeks later, eight of Kozak’s teammates got tattoos in his honor. During that time, they too took time to reflect on the kind of person Isaiah was.

Then-junior Henry Wurzer said “My tattoo is a tribute to one of the greatest people I ever knew, and I never want to forget him because he had the greatest attitude and brought so much happiness and joy into the world.”

Teammate Andrew Fanizzi also reflected on some of his favorite things about Kozak.

“The first thing I think about when I think of Kozak was just his big bright smile and his big laugh that was kind of infectious to everybody,” he said. “Those were probably two of his best qualities.”