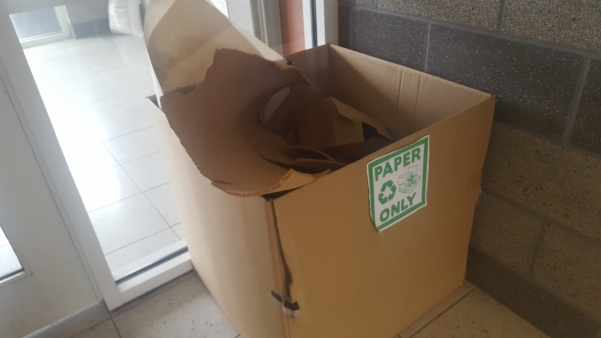 The Lindenwood Student Government Recycling Committee is planning to make the campus more environmentally friendly by putting bins in residence halls and dining areas as well as encouraging students to recycle.

The 10-member committee led by Student Senator Jack Bedtke is engaging in a student-led effort, which Bedtke said is a more effective way to increase recycling than passing a bill to the administration about it.

Bedtke, a freshman, said the Recycling Committee consists of members of student government and people from First Year Programs because many first-year students care about the issue. Bedtke said going green is popular among the millennial generation, but many students think the state of recycling on campus is trash.

“Every household nowadays has the two garbage bin system where the front one’s garbage and the back one’s recycling, so we’re trying to take that whole idea and bring it onto campus because it’s something that we are lacking,” he said.

Bedtke, who is a member of Phi Lambda Chi and the billiards team, has talked with the university administration about putting recycling bins in the Spellmann mess hall and having bins in residence halls which students would take out. In Guffey Hall, where he lives, Bedtke placed a cardboard box for paper recycling on the second floor. He said he is working out the details of buying plastic bins with a Lindenwood logo on them, which would encourage students to recycle.

Shane Williamson, dean of students, said having community advisers or other designated people empty the bins into a recycling dumpster or bin will eliminate the cost of getting them picked up, making recycling in dorms more achievable.

“We now get charged for recycling as an institution, and if we were to put bins in every residence hall, then that’s going to increase our costs which as we know then would be passed down to the students,” she said.

Bedtke also talked with Dining Services Director Nancy Tinker, who said that Spellmann is the best dining area for recycling because people are less likely than at other locations take their food to go and throw out their trash elsewhere.  She said that because Spellmann already has separated trash bins, it would be easy to implement recycling simply by indicating what goes in what bin.  [perfectpullquote align=”right” cite=”Posy Durr” link=”” color=”” class=”” size=””]”I know a lot of students that want to recycle … but they can’t because they don’t have the opportunity”[/perfectpullquote]

Tinker said there was a proposal for recycling bins in the cafeteria in 2016, but nothing resulted from it because of the renovations taking place that year.

“We thought a lot of Chick-fil-a bags would go out the door, which they do,” she said. “We wanted to get a year in to say ‘Where does the trash go? Where is the best place to focus on?”‘

Dining services currently recycles waste on the back end, but recycling bins are not available for customers at any of the campus dining areas.

Attempts to expand recycling at Lindenwood have been common for a few years, including the LU Recycle Grant Committee, which applied for a grant to improve recycling on campus in 2014.

“I just hate to see trash, especially trash that could be recycled, just lying around campus, and I know a lot of students that want to recycle … but they can’t because they don’t have the opportunity,” Durr said.

The success of campus recycling depends on students participating in it correctly, so Bedtke said LSG will be labeling recycle bins and tabling to raise awareness about recycling and what can be recycled.

He said anything but food and styrofoam can be recycled by Lindenwood’s recycling provider, Always Green.