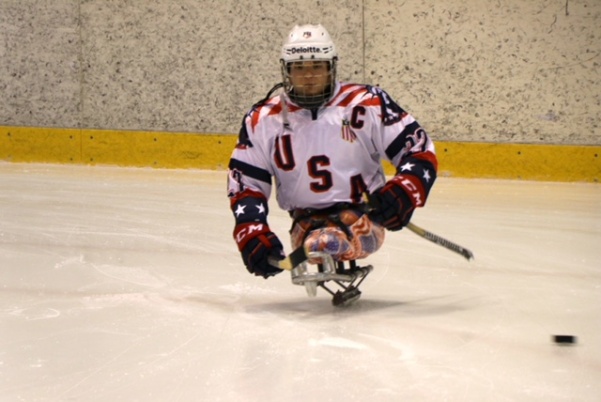 The Tampa, Florida, native was named Most Valuable Player of the tournament thanks to his 11 goals and 6 assists.

“This was a tremendous game to have been a part of and something this group will remember forever,” head coach Guy Gosselin told USA Hockey.

A veteran of three Paralympic games, Pauls captained Team USA this year after winning gold with the team in 2010, as a 17-year-old, and 2014. The United States is the only nation to have won more than one Olympic gold medal.

In addition to his three Olympic gold medals Pauls has won gold three times at the Sled Hockey World Championships.

“It’s an absolutely unbelievable feeling,” said Pauls to TeamUSA.org. “To win a gold medal with such great guys and fight back the way we did is just something that we’re always going to remember.”