Husband of Lindenwood employee charged with domestic assault, unlawful use of a weapon 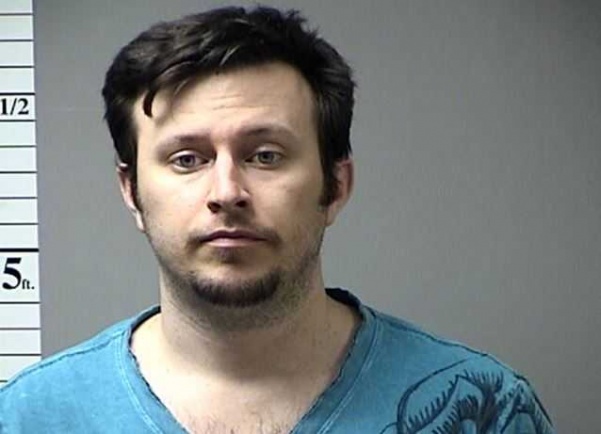 The husband of a Lindenwood employee has been charged with two felonies after police say he strangled his wife and threatened her with a gun in their campus residence.

According to court documents, at 10:30 p.m. on March 23, Christopher H. Thomas and his wife went to a liquor store after a trivia night and got into a “heated verbal argument.” Thomas told his wife to drive home to their shared residence on the 500 block of Glenco Drive, and he would walk.

When the woman got home, she locked the door, knowing Thomas had a key, but later heard Thomas kicking at the door. When she let Thomas into the house, he struck her with either his hand or an object, causing a cut to the victim’s ear, police said.

Thomas then grabbed his wife by the throat with both hands and pushed her to the ground, police said. She could not scream because Thomas’ grip was cutting off her airflow.

The woman crawled away from Thomas while he was still hovering over her and yelling, police said. She repeatedly asked Thomas to go away, and he said no. During this time he made statements like “You pissed me off; I didn’t want to have to do that,” according to court documents.

Thomas eventually allowed his wife to go to the bathroom where she saw blood coming from her ear. The couple continued arguing and talked about divorce, police said.

At some point, Thomas grabbed a semi-automatic pistol from its case and held it in his hand. Thomas told the victim, “Call the police if you want to, I’m gonna go to jail forever,” and  “l don’t care anymore, there’s gonna be a shootout.”

The victim eventually was able to get Thomas to put the gun down, but she didn’t notify police until two days later after speaking with friends. The woman stated she was scared for her life during the incident and the days that followed.

She told police that Thomas had been physically and mentally abusive multiple times in the past.

According to court documents, Thomas has knowledge about how to use a firearm because he spoke about going to the shooting range. Thomas also has a history of domestic assault; court records state that after an incident in Chesterfield in 2015, he was required to go to anger management courses to get a suspended sentence.

Thomas is charged with felony domestic assault and unlawful use of a weapon. He was being held Tuesday at the St. Charles County Jail in lieu of $20,000 cash-only bail. According to court documents, Thomas is to have no contact with his wife, his wife’s family or enter any property owned by Lindenwood University.

If found guilty of the most recent charges, Thomas could face up to 11 years in prison.