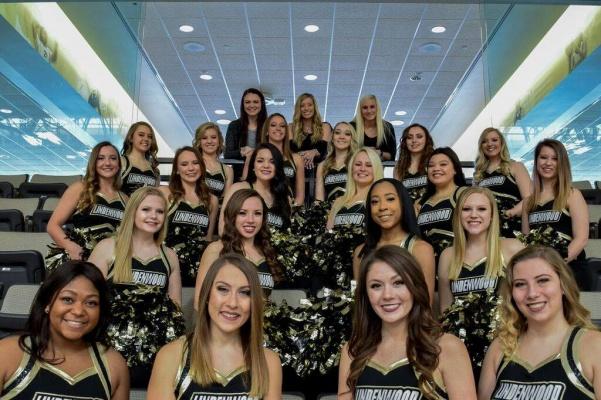 The Lionettes will go to nationals in Daytona Beach, Florida, April 5 to April 8. Photo from the Lionettes Facebook page.

The Lindenwood Lionette dance team will be competing in their ninth national competition in Daytona Beach, Florida, from April 5 to the 8.

To qualify to compete, the team attended a camp through National Dance Alliance, the company holding the national competition. At the camp, they received a “silver paid bid” which allowed them to compete on the national level.

The team will be competing in the Division II category with a jazz routine and a hip-hop routine.

The 20-member team has been rehearsing its routines since October and would have up to three rehearsals in one day.

“There’s a lot of literal blood, sweat and tears that goes into [the routines],” head coach and Lionette alumna Whitney Sterns said.

Led by Sterns, the Lionettes are hoping to defend their 2017 jazz national championship title.

Assistant coach and former Lionette Krysta Streisel said that as a coach, one of the best parts of the competition is “just watching them pour their hearts out on the floor.”

For assistant coach Leyna Wimmer, this will be her first year on the coaching side of the competition. A 2017 graduate of Lindenwood and former Lionette, Wimmer is the newest addition to the coaching trio. “They’re all my very good friends,” she said. “So it’s going to be kind of stressful putting them on the floor [and] not having any control over it all.”

For seniors Lindsey Purviance and Jordan Fowler, this is their last time competing with the Lionettes.

“I love going to nationals,” Fowler said, “I think that’s the peak of our season.”

The two dancers believe competing at nationals is about more than just winning; the part they enjoy most is bonding with their team.

“I think the moments that we spend onstage with each other are what we are going to remember the most,” Purviance said.