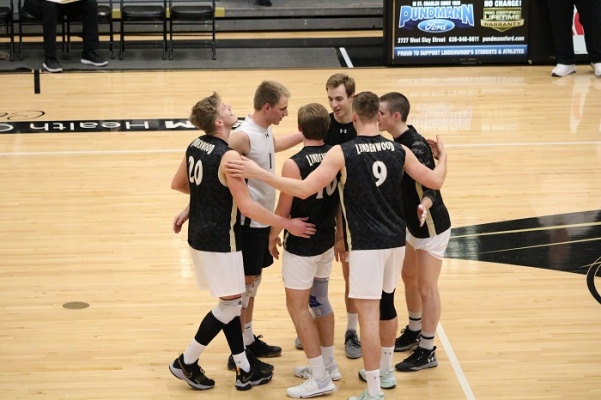 The Lindenwood men’s volleyball team (9-14, 3-10 MIVA) pulled off a big upset win over Loyola Chicago (20-5, 10-3 MIVA) thanks to an inspired performance from Nick Stevenson on Thursday night in Hyland Arena.

The Lions won the game in four sets, 25-20, 19-25, 29-27, 25-20. The loss was only the third of the season in conference play for Loyola. The Ramblers have found life on the road tough this season as they have lost four out of their nine away games.

Stevenson had 20 kills, whilst hitting a team-high .457. Connor Hipelius also proved to be effective on offense. The junior had six kills in his nine opportunities. Nathan Van Dellen and Charley Hlavin both added 10 kills each.

Junior setter Adam Brewster inched closer to the elusive 2,000 career assist mark. Brewster’s 48 assists on the night puts him at 1,929 assists for his career.

The Lions effort on defense helped hold Loyola to a .205 hitting percentage on the night. Sam Schindler recorded six blocks, while Hlavin and Hipelius joined him with five blocks each.

The win was the Lions’ first in almost a month and it snapped a five-game losing streak. Lindenwood’s last victory came on March 9 against Saint Francis University.