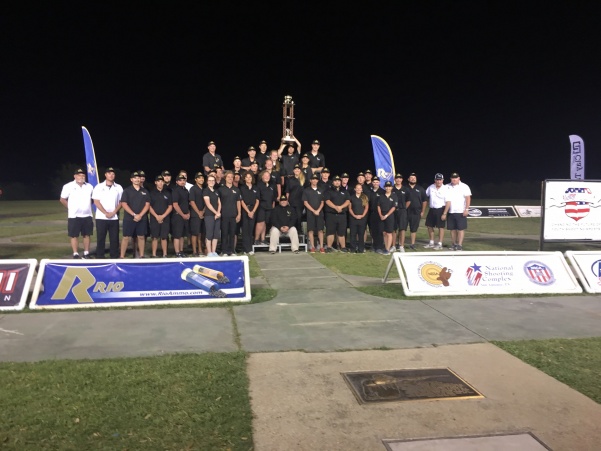 According to the team’s press release, this year’s win was the smallest margin of victory in Lindenwood’s national championship history.

One of the team’s trap shooters, Patrick Hopsin, shot a 100 out of 100 in trap during the competition and said compared to last year’s competition, this year was more stressful.

“Out competition is starting to catch up [with us], but we will continue to improve,” Hopsin said. “We have to stay focused and trust in each other.”

According to the press release, Lindenwood also took away the Division 1 School American All-Around championship, which is a new category introduced this year.

Shawn Kemeter was the top shooter for the entire event, walking away with a score of 572 out of 600.

The team’s win at nationals marks the end of the shotgun season. To see all of the awards Lindenwood’s shotgun team won, check out the team’s article on its official website.