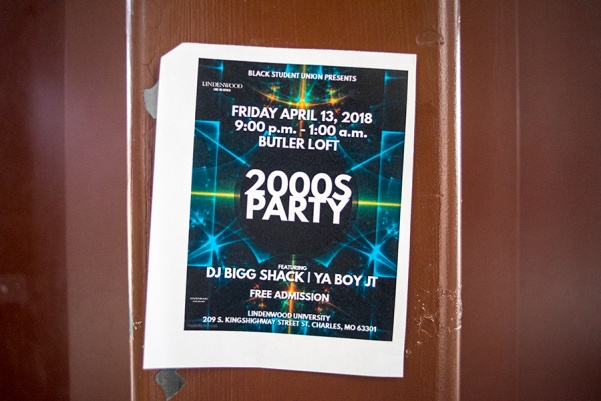 The party will begin at 9 p.m. and go until 1 a.m. the next morning in Butler Loft. Participants are encouraged to wear early-2000s clothing, and admission to the party is free.

“We wanted to do an event for Spring Fling, and we just thought the 2000s was cool because they had a lot of fun songs and we can dress up,” said Ciara Griffin, BSU’s Lindenwood Student Government representative.

According to the flyers posted around campus, the event will feature performances by DJ Bigg Shack and Ya Boy JT.

“As far as decorations we have different lights, a DJ and food,” said Griffin.

Butler Loft is located on the heritage side of campus, behind Butler Hall. All Lindenwood students are invited to attend.