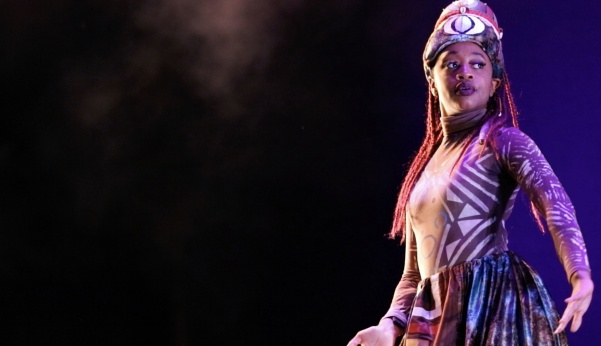 The Spring Dance Concert this past weekend marked the 20th anniversary of the dance department at Lindenwood University.

Even though the department began officially in the 1997-1998 school year, Lindenwood began offering dance classes in the late 1920s, according to university archives.

Dance professor Tricia Zweier said she was amazed to find out the rich history of dance the university has.

In 1954, Grazina Ona Amonas “became the first Director of Dance at Lindenwood College,” according to the dance brochure. Through Amonas, students had access to learn from guests such as Ted Shawn, Alwin Nikolais and Charles Weidman, to name a few. Now Lindenwood students learn about these notable dancers in class.

The program was looking to expand its special topics courses and a student suggested the style to Zweier. Professors then brought in Diádié Bathily, the artistic director for St. Louis-based dance company Afriky Lolo. Bathily then choreographed the piece featured in the dance concert.

Zweier choreographed two pieces that were featured in the dance concert. She said sometimes it can be frustrating as a choreographer to hear “I don’t get it” from audience members, causing her to get into a groove of wanting people to understand her dances.

“But that is also the most impressive and exciting thing about dance is you can see it and get what you want from it,” she said.

“I think if more people knew what we do, they would come, because with dance, you don’t know what you’re always going to get,” she said.

Next year, she said she plans to ramp up marketing as the dance program will have the “biggest and most talented” class of freshmen in five years. The program has 17 incoming freshmen.

A dance professor for 14 years, Tracy Dupre said seeing her pieces come to life onstage can be nerve-wracking because the dancers have spent an entire semester working toward this one weekend. Overall, Dupre said all the hard work pays off seeing her students mature as dancers.

“It can be hectic during spacing, tech and dress rehearsal … but once it gets onstage, I wish they really knew we are proud of them,” Dupre said.